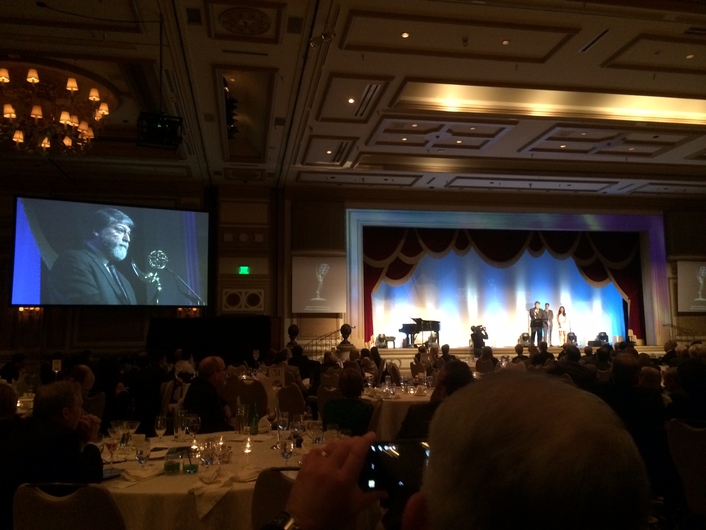 “We are thrilled that our deep commitment and involvement in creating open standards and facilitating interoperability between industry innovators has been recognized by NATAS,” said Charlie Vogt, CEO of Imagine Communications. “These core tenets of our technology vision empower customers to maximize their investments in existing infrastructure and workflows while migrating to an IP future based on open standards and industry interoperable solutions. Imagine Communications’ early involvement in the Video Services Forum makes this acknowledgment of our work creating a multivendor, open standard for JPEG2000 especially meaningful.”

At NAB 2014, Imagine Communications introduced JPEG2000 to its leading Selenio™ Media Convergence Platform (MCP) for best-in-class compression over IP. The Selenio MCP is the platform of choice for media companies needing a multipurpose convergence solution to efficiently manage today’s baseband and hybrid operations – allowing migration to the future while protecting their current technology investments.

Jeopardy! game show icon Alex Trebek and Yahoo Tech star David Pogue, hosted the 66th Annual Technology & Engineering Emmy Awards, which honor development and innovation in broadcast technology and recognize companies, organizations and individuals for breakthroughs in technology that have a significant effect on television engineering. This event marks the ninth consecutive year that the Technology and Engineering Emmy® Awards have been presented during CES and the first time that NATAS and the Television Academy have merged their Engineering Awards ceremonies. The reception and presentation took place in the Bellagio Ballroom at the Bellagio in Las Vegas.

About the Television Academy
The Television Academy seeks to expand the horizons of television excellence. It strives to empower the storytellers who shape the evolving television space through the programs, publications and events of the Academy and its Foundation. And it celebrates those who have led excellence by recording their stories and recognizing their achievements through accolades and awards, including television’s most coveted prize, the Primetime Emmy Award.

About The National Academy of Television Arts & Sciences
The National Academy of Television Arts & Sciences (NATAS) is a professional service organization dedicated to the advancement of the arts and sciences of television and the promotion of creative leadership for artistic, educational and technical achievements within the television industry. It recognizes excellence in television with the coveted Emmy® Award for News & Documentary, Sports, Daytime Entertainment, Daytime Creative Arts & Entertainment, Public & Community Service, and Technology & Engineering. NATAS membership consists of over 13,000 broadcast and media professionals represented in 19 regional chapters across the country. Beyond awards, NATAS has extensive educational programs including Regional Student Television and its Student Award for Excellence for outstanding journalistic work by high school students, as well as scholarships, publications, and major activities for both industry professionals and the viewing public.