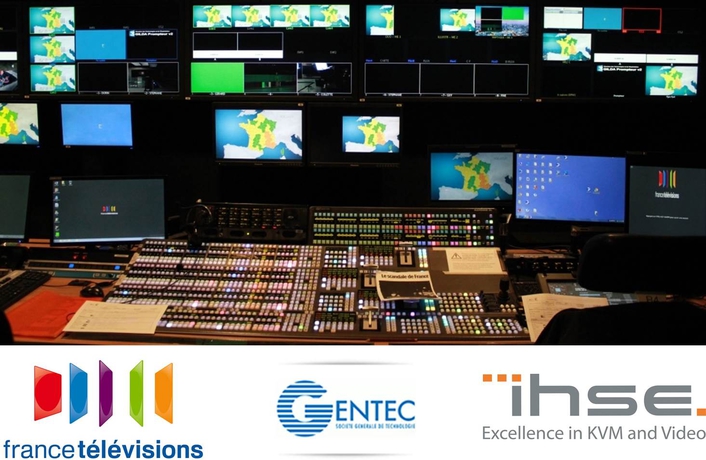 IHSE equips France Télévisions with KVM matrix switch to improve efficiency and communication in recent studio upgrades
France Télévisions, the major French public service broadcasting group watched by more than 77% of the French population, has completed a major upgrade to two of its main studios.

IHSE, working closely with main dealer, Gentec, and in close collaboration with France Télévisions, devised a completely new approach to studio infrastructure based around a digital KVM architecture.  Rather than incorporate a fixed and inflexible layout, users have the ability to connect their personal workstations to computers and broadcast editing machines as needed, allowing studios and work areas to be dynamically configured to meet the needs of users. 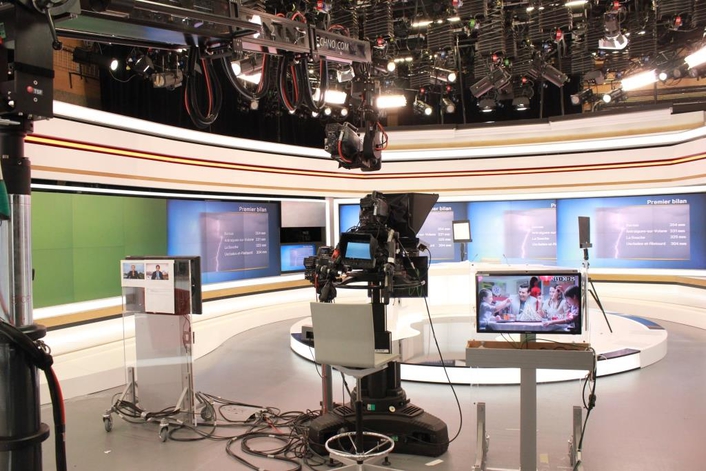 The IHSE KVM Draco tera system was selected primarily on its ability to deliver high quality images and its imperceptible transmission and switching latency. Further advantages that France Télévisions welcomed included the ability to configure the system with any combination of inputs and outputs and its modular construction which will allow future expansion to accommodate growth in the number of users.

Staff working on programmes can quickly and easily configure the operational areas to their particular requirements and preferences, based on preconfigured and stored layouts. All users within the studios can access a wide range of resources within the studio complexes without being tied to specific work locations. 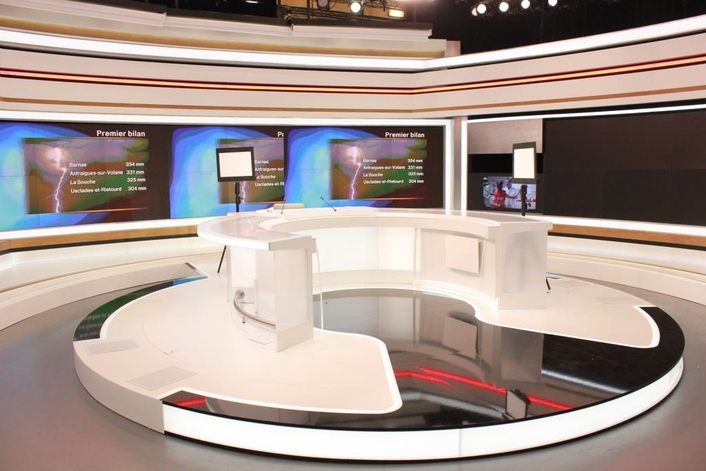 Mokhtar Ait Naceur, direction de projets said: “The new system has given us a great deal more flexibility in the way we operate and allows the production teams to rapidly reconfigure the studio layout to meet their specific needs; making them more effective, which has in turn, enhanced the quality of the programming. The system surpasses our original expectations and has made major improvements to operational procedures whilst allowing us to save costs through efficiencies and the reduction in expensive equipment needed to manage a national broadcast station.”