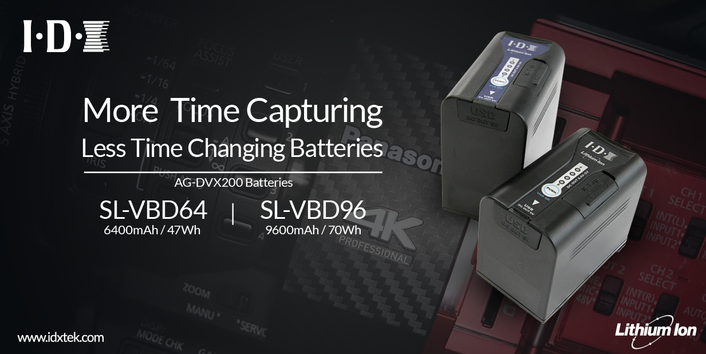 IDX announced the release of two high capacity 7.2V batteries for Panasonic’s AG-DVX200 – the SL-VBD64 and SL-VBD96.  Both batteries house a higher capacity than the supplied Panasonic battery (VW-VBD58) with ratings of 6400mAh (SL-VBD64) and 9600mAh (SL-VBD96). Checking the battery charge level is trouble-free with a 4 LED remaining capacity indicator. Equipped with an X-Tap and USB power port, the new batteries are ready to power everything from your camera and accessories to USB devices. 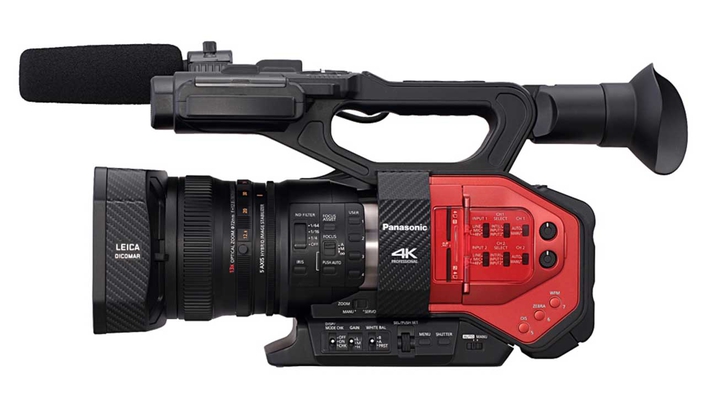 About IDX
With over 25 years of expertise in battery manufacturing, IDX has maintained its position as the global leader of Li-ion battery systems for the professional audio, broadcast, cinema, and video industries. Pioneering the use of Li-ion technology, IDX has fundamentally changed the way professional equipment is powered today. Established in 1989, IDX has made a name for itself  with the award winning PROSeries NP-Style and ENDURA™ V-Mount™ battery systems and the groundbreaking CAM~WAVE™ wireless transmission line. IDX continually looks forward to innovate for the future and meet the ever-changing demands and challenges of the professional audio, broadcast, cinema, and video industries. The company’s global headquarters is located in Japan with distribution and support branches in Asia, Europe, North America and South America.