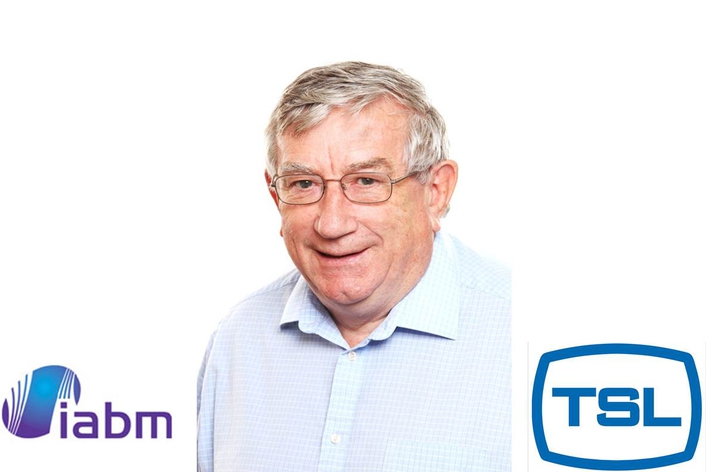 David MacGregor, Chairman at TSL
The IABM (International Association of Broadcasting Manufacturers) today announced that it has conferred an honorary membership upon David MacGregor, a key figure in the organization's creation and growth over the past four decades. The honorary IABM membership recognizes his ongoing support of the IABM and its activities, as well as his exceptional personal contribution to the supply side of the broadcast media and technology industry.

"David is among those well-known figures who have shaped the broadcast industry as we now know it and continue — through the efforts of their own companies, their professional memberships, and their involvement with the IABM — to foster its innovation and growth," said IABM Director General Peter White. "We are extremely grateful for David's contributions to the supply side as a whole and for his tremendous commitment to the IABM over the years."

MacGregor has served on the IABM committee since the organization's inception in the 1970s and became a director with its incorporation back in 1998. He took over as chairman in 2001 and, having completed his tenure in that role, continued to serve on the IABM board through the present time. MacGregor's illustrious career spans more than 50 years and has included senior engineer positions at EMI electronics, Thames TV, Grampian TV, Oman TV, and Yorkshire TV. In 1986 he co-founded TSL (Television Systems Limited), which has grown to become one of the leading systems integrators in the industry and a major supplier of monitoring systems with a worldwide customer base. He today serves as chairman at TSL.

About the IABM
The IABM, the International Association of Broadcasting Manufacturers, is the authoritative voice of the broadcast and media technology supply industry worldwide. Its wide range of services to members encompasses market research and intelligence, expert representation at standards bodies and broadcasting unions, executive networking opportunities, and preferential purchasing. A presence at every major broadcast tradeshow, the IABM also provides a valuable channel for communication between broadcast manufacturers, government, and regulatory bodies. Additional IABM activities include awards programs for innovation and scholarships designed to stimulate the development of the broadcast and electronic media industries on an international basis.