The IABM (International Association of Broadcasting Manufacturers) announced that the organization's annual conference, Nov. 29-30 in Windsor, U.K., will once again include the popular "Voice of the Customer" interview and panel. This year's customer interview features John Maxwell Hobbs, head of technology at BBC Scotland. Hobbs will talk about what end users of broadcast and media technologies are thinking right now, the ways in which their projects and expenditure decisions are evolving, and the investments that they are making priorities today. 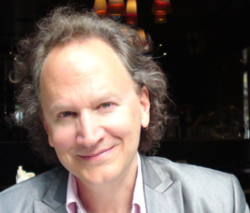 In a panel following the interview, Hobbs will be joined by end users including Peter Angell, COO at IEC in Sports, Lieven Vermaele, technical director at the EBU, and Andy Tennant, controller of technology, production, and facilities at ITV for further discussion about the key issues guiding their business and technology choices.

"Our 'Voice of the Customer' interview and panel offers a point of view that is not always available to manufacturers, and thus it has proved a highly valued part of our annual conference," said IABM Director General Peter White. "Given the unprecedented change we're seeing in the broadcast industry, both in terms of technology and the new media consumption patterns it enables, the perspective of the end user is critical to suppliers' ability to adapt and continue providing broadcasters with the solutions they want and need."

Hobbs has been working at the intersection of art and technology for more than 20 years. He has extensive experience in communicating complex technological ideas to the general public through digital media, as well as guiding the development of cutting-edge internet applications and mobile application strategy and development, and is in demand as a speaker on media and technology topics. In his role as head of technology, he is responsible for all technology within Scotland, particularly Pacific Quay, BBC Scotland's new production facility, which is the most advanced facility of its kind in Europe.

The IABM, the International Association of Broadcasting Manufacturers, is the authoritative voice of the broadcast and media technology supply industry worldwide. Its wide range of services to members encompasses market research and intelligence, expert representation at standards bodies and broadcasting unions, executive networking opportunities, and preferential purchasing. A presence at every major broadcast tradeshow, the IABM also provides a valuable channel for communication between broadcast manufacturers, government, and regulatory bodies. Additional IABM activities include awards programs for innovation and scholarships designed to stimulate the development of the broadcast and electronic media industries on an international basis.