.
I-MOVIX has announced the debut at NAB 2014 of a completely re-designed range of its X10 ultra slow motion systems. The new product line emphasises modular configurability to allow the creation of solutions to meet any production scenario, with a lifetime’s adaptability to changing requirements and technology updates.

Using any choice of Vision Research Phantom camera, a modular X10 system can be configured to prioritise ultra-slow motion use in sports coverage, or use in multiple roles including non-broadcast applications, or real-time continuous shooting with non-stop super slow motion. A further modular configuration allows for the operation of several high-speed cameras from a single X10 CCU (Camera Control Unit).

Extending the product life-cycle and ROI, the configuration of any X10 modular system can be changed, with the elements separated and recombined to adapt the system to a new role, or to update the technology of any of the component modules.

“This fundamental re-invention of the X10 product line makes it easier for ultra-motion to become a ubiquitous resource in broadcasting and other applications,” said Laurent Renard, CEO,  I-MOVIX. “There is now almost a bespoke answer for any set of requirements a customer may have – but whatever the chosen configuration, the solution will have all the advantages of the market-leading X10 core technology.”

Every modular X10 system features the X10 CCU, and configurations include:
X10 USM, developed for very high frame-rate sports applications (up to 2,600fps at 1080i, or 5,600fps at 720p); X10 Spine, which supports the same frame rates but adds operational flexibility to allow additional non-broadcast use; X10 SSM, for use as a conventional HD broadcast camera with the addition of continuously-recorded super slowmo at 300fps (1080i) or 600fps (720p); and X10 Multi, a multi-camera X10 system ideal for advanced sports production. 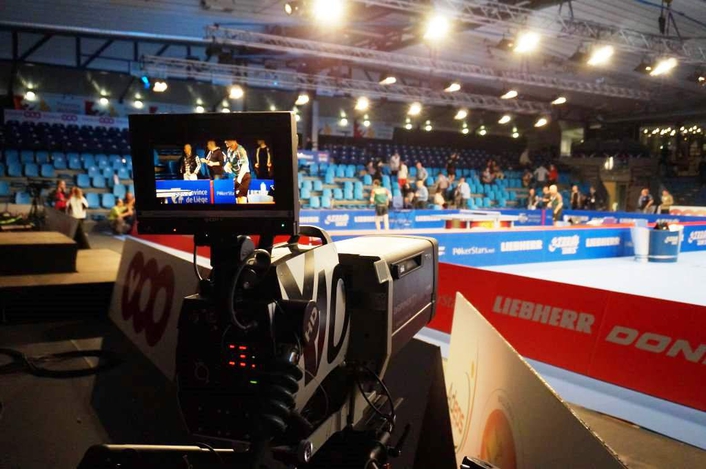 Fully integrated for live broadcast production and easy to operate by any broadcast camera crew, X10 can be used to cross the divide between conventional and specialist camera roles. Optimised for quick setup and efficient operation in exacting production situations, X10 systems deliver unparalleled image quality and resolution, making ultra-motion a standard resource in the broadcaster’s toolkit.

Further ground-breaking X10 solutions will be announced shortly before NAB and will be on display on the show floor.