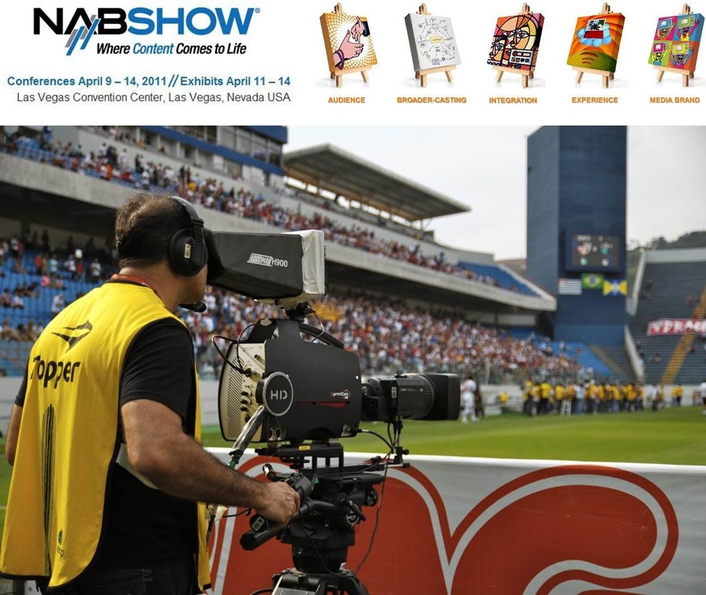 At 5,800 fps, Enhanced System Takes Frame Rates and Broadcast Integration to New Level
At the 2011 NAB Show, I-MOVIX will debut the latest version of SprintCam® Vvs HD (Phantom®-Powered), the groundbreaking ultra-slow-motion system for live HD broadcast production. Raising the industry ultra-slow-motion performance bar yet again, SprintCam Vvs HD now operates at frame rates up to 2,700 fps in 1080i50 or up to 5,800 fps in 720p60 (more than 200 times slower than live action) and provides instant replay at native HD resolution and image quality.

Featuring all the outstanding quality, performance, and usability for which I-MOVIX SprintCam systems are renowned, SprintCam Vvs HD delivers an unprecedented level of convenience and creativity in ultra-slow-motion action.

New features include a dual output that allows a camera operator to shoot and record at the same time, segmented memory, ramping of speed within a replay, dual output of live action and replay sequences, and integration of both live- and replay-view on the viewfinder. Operational enhancements include compatibility with EVS server ultra-motion mode, a digital lens interface for better iris and lens switch control, improved replay controls, support for synchronization of two cameras in 3D ultra-slow-motion capture, and a new joystick-equipped control panel.

Aside from providing frame-rate speeds far in excess of other slow-motion systems, SprintCam Vvs HD also offers superior integration into broadcast operations, with a range of features and ease of use optimized for the rigors of demanding broadcast schedules. Specially designed for live broadcast use, SprintCam Vvs HD can be specified in a standard camera version or optimized for shoulder-mounted portable shooting, providing an outstanding level of convenience and creativity in ultra-slow-motion action.

The SprintCam Vvs HD system comprises the latest generation Vision Research high-speed HD camera; an operational control panel that provides a real broadcast-quality color matrix and control of frame-rate choice; a slow-motion remote that allows the user to select a video sequence and instantly replay it with an HD-SDI output for live broadcast or storage on any HD-SDI recorder for a later use; and the camera control unit, which provides control of the slow-motion instant replay, camera control, and data interface between a camera, EVS server, or SDI recorder.

"When it was first introduced at the 2010 NAB Show, SprintCam Vvs HD was already a groundbreaking system, but with these latest enhancements, it provides broadcasters with another leap forward in performance and convenience, far outstripping what is available from any other system," said Laurent Renard, CEO of I-MOVIX.

I-MOVIX is a Belgian company with market-leading technology in the domain of extreme slow motion (from 150 to 10,000 fps). The company's products — the SprintCam® line — are the first true full broadcast integration solutions for ultra slow motion, offering the unprecedented combination of very high frame rates and instant replay. The technology has applications in live sports and other live TV productions, as well as in commercials, documentaries, feature films, and scientific R&D.