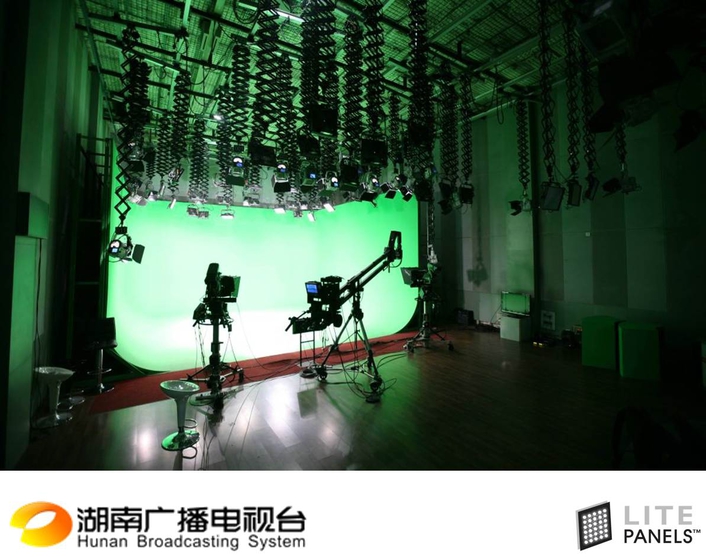 Hu Nan TV Vice President and Chief Engineer Huang Wei made the decision to purchase the Litepanels fixtures after an exhaustive search through the many suppliers of professional lighting equipment. “The Litepanels fixtures have exhibited a consistent quality of design and light output that has proven itself time after time in many studio applications around the world.”

Mr. Huang also praised the illumination quality of all the fixtures, saying, “They perform very well in terms of color temperature and consistency. We see an obvious improvement in the on-set talent’s skin color rendition when using Litepanels LED lighting fixtures.”

Aside from improved image quality, the switch to Litepanels in its studios brings Hu Nan TV real-life Yuan savings. To outfit all three studios they installed a total of 68 Litepanels Sola 6™ LED Fresnel fixtures, 79 Litepanels 1x1™ panels, and 6 Litepanels Hilio™ high output panels. Where they previously drew 60kW of power to light these studios, the Litepanels fixtures now draw just 12kW for an 80% reduction in power draw. Additional energy savings come from greatly reduced air conditioning needs due to Litepanels’ low heat emission and integrated dimmers that eliminate the need for expensive and heat generating dimmer racks. These energy saving features will allow Hu Nan TV to recoup their initial investment in Litepanels in less than 3 years, and their continued savings after that will be positively reflected in their bottom line. 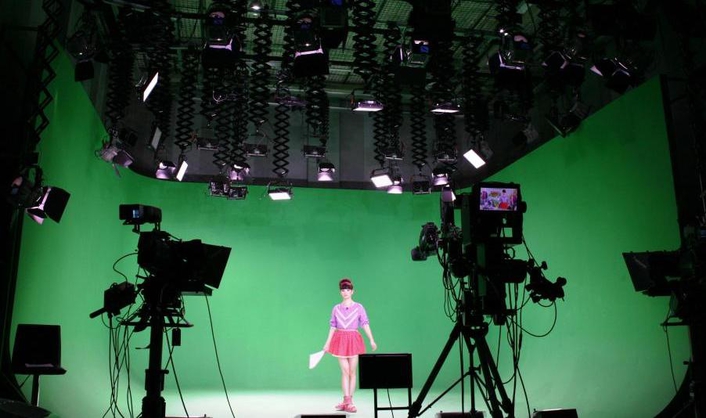 The studio upgrade, which also included new studio pedestals and teleprompters from Litepanels’ sister brands Vinten and Autoscript respectively, won the network the coveted SARFT (State Administration of Radio, Film and Television) award for the most technically advanced studio of 2012 in all of China.

Litepanels was founded in 2001 by 5 professional gaffers and engineers who saw the future and pioneered LED (light emitting diode) lighting for motion pictures, television and the audio-visual industry. Their Emmy® award-winning technology has now been used on thousands of productions worldwide and is trusted by the world’s leading broadcast organizations.
Backed by the Vitec Group’s legacy of 100+ years in the broadcast and production industry, Litepanels continues to expand its suite of flicker free, color accurate, fully-dimmable soft lights that talent and Lighting Directors admire. These environmentally friendly fixtures practically pay for themselves with power savings and long life, setting a new standard in professional lighting.  Along with other leading brands in the broadcast and professional videographer industry, Litepanels is part of Vitec Videocom, a Vitec Group company.