HSL Has The X-Factor Live! 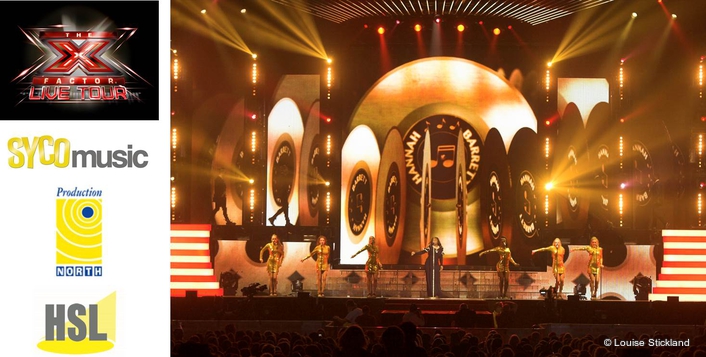 .
Blackburn UK lighting and visuals rental specialist continues its busy Spring season supplying numerous tours including the X-Factor Live UK arena tour, which is out for seven weeks allowing fans of the popular TV series to see a selection of the 2013 series finalists - including the  winner Sam Bailey -  perform live.

Lighting for the show – which is produced by Syco Music with technical production co-ordinated by Production North - was designed by Peter Barnes. Lighting Director and operator on the road is Jonathan Rouse and all the lighting equipment and its necessary trussing and rigging is supplied by HSL.

Barnes and Rouse programmed the show – which features an impressive array of  34 different musical numbers – during production rehearsals at LS Live in Wakefield. Their challenge was to keep it visually exciting throughout and give each song a different  look and feel, a result that has been achieved with some considerable style using a dynamic mix of fixtures, meticulous programming and perfect timing. 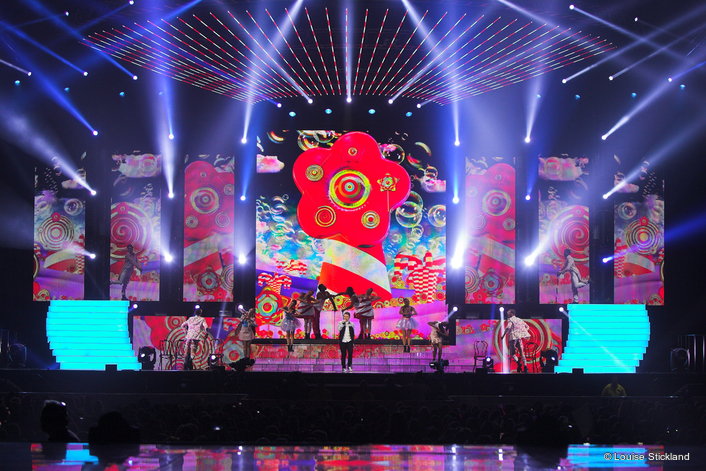 HSL’s project Manager Mike Oates says, “It’s one of the best lighting designs I’ve seen for this genre of tour. Peter and Jonathan have done a great job in making the rig work hard and keeping the action pumping whilst also retaining some key references which give it a continuity with the world famous televisual brand that is X-Factor!”.

Barnes and Rouse worked closely with the tour’s Creative Director Beth Honan, who choreographed the show – which features 12 dancers. Honan also commissioned the video content which adds several layers of depth to the picture as lighting and video work harmoniously together. Iain Whitehead from Production North was also involved in the technical evolution and stage set design which features stairs, lifts and trap doors, a thrust and a B stage – all elements which help keep up the pace and spectacle! 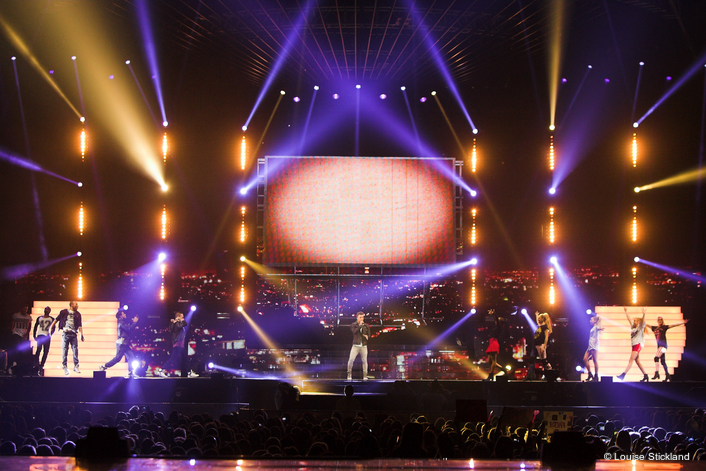 There are two L-shaped front lighting trusses to cover the front of the stage and the thrust and above the stage itself, two curved trusses – front and back - which fit around the LED ceiling feature (similar to the TV show). Then there are two side trusses for cross stage and dancer lighting and six short trusses flown above the upstage video columns. 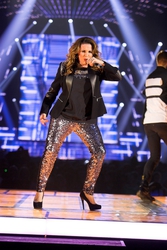 Between the back main LED screen and the six LED columns flanking it are floor based trussing towers, which break up the back wall.

The main video screen splits and moves sideways for entrances and exits and behind this is a wall of 16 x Jarags which blast through at strategic moments adding drama and apocalyptic moments.

The main moving lights are 14 x Martin MAC III Profiles and 40 x MAC 2K XB Washes, all of which are dotted around the main stage overhead and side trusses with six on trusses above the B-stage.

Fifty-nine Clay Paky Sharpies are rigged on the vertical and curved trusses onstage, with 10 on the floor, and this number includes 14 on the B stage, all used  for creating  those epic massive Sharpy looks and effects.

Sixteen Atomic strobes are dotted around the stage trusses and architecturally outlining the vertical truss towers are 18 active Showtec Sunstrips.

Below the grills on the B stage are four Robe LEDWash 600s, and there are also a quantity of LED strips in the stage set stair treads which are controlled by the Lighting department. 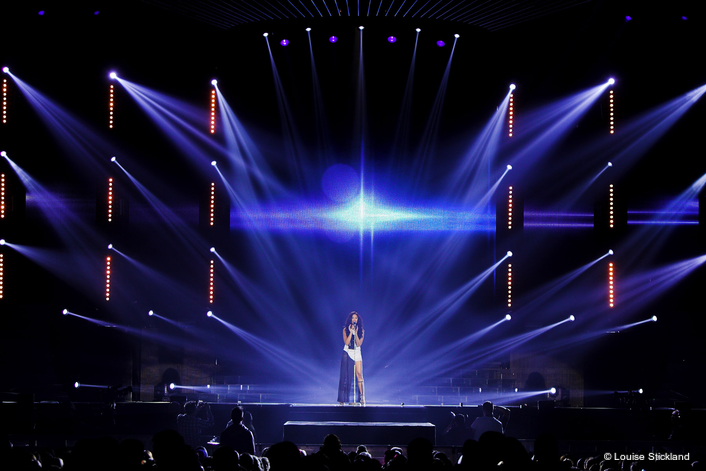 HSL is supplying five Robert Juliat Lancelot followspots and a single Robert Juliat Manon truss spot on the back truss above the main video screen / doorway.

Two grandMA2 lights are provided for control – spec’d as Rouse’s console of choice. 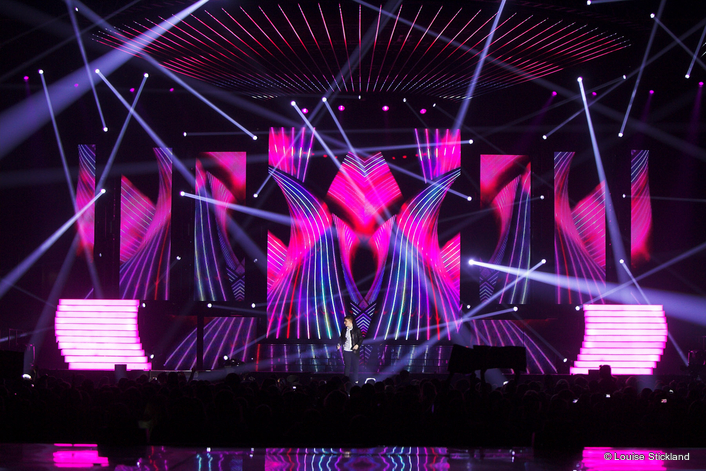 HSL’s crew of four are Chiefed by the redoubtable Johnny Harper who is joined by Matt Brown, Ashley Edwards and James Townsend.

Says Rouse, “Working with HSL has been excellent – as it always is! The gear was very well prepped, the crew are fantastic and whatever support you might need is constantly  on hand!”