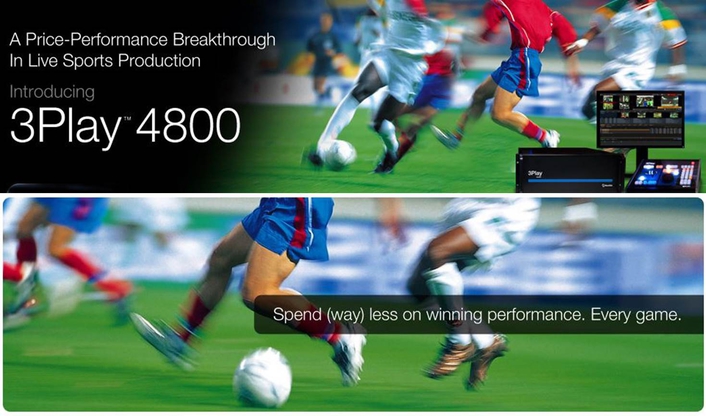 .
NewTek made an aggressive move in the replay market this week with the announcement and simultaneous release of 3Play 4800.

“With this product, we’re really changing the price performance of multicamera hi-def replay,” says Philip Nelson, SVP of artist and media relations. “We’re taking it to the next level, not to speak in cliché, but it’s not just replay; it actually adds in some live-production elements with simple switching and graphics. What we’ve found, especially in places like stadiums, they need to do more on their replay systems and a lot of them don’t have the budget.”

Users can also monitor all angles during replay, transitioning among them much like a production switcher.  Live animated, 3D-warped visual-transition effects are added for switching and in-program editing. The server allows import of a user’s own branded graphic elements as well. 4800 also features quick distribution to social-media sites.

“It’s not a Tricaster, it’s a replay system. But we’ve added in some of those production capabilities, because people need it,” says Nelson. “For one operator to be able to do your replays and to be able to throw in those elements, it maximizes the efficiency of your workflow in the control room.” 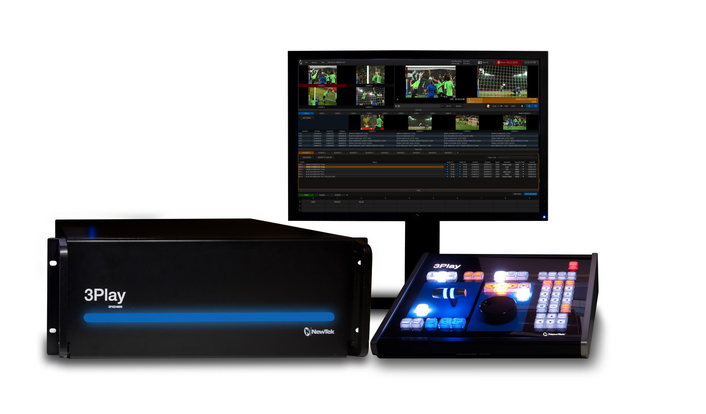 NewTek hopes that 4800 helps break down the cost barrier to entry in the replay market, opening the door for entities ranging from professional and semiprofessional sports venues to high schools to add produced replay to their production offerings.

“Those elements in the game are actually sellable inventory,” adds Nelson. “It’s not just something that’s nice to have. It’s a moneymaker. If people are glued to those screens, that’s money. So we feel like this is going to help a lot of venues have some sellable inventory that’s compelling to look at.”

“NewTek’s TriCaster has been very popular with Ustream broadcasters with its multicamera switching, 1080p, video playback, and green screen with chroma key — basically everything you would want to do on video production at a really affordable price point,” said Ustream CEO Brad Hunstable in a NewTek release. “Ustream is thrilled to partner with NewTek, to include native support for Ustream inside of every TriCaster.”

The companies unveiling products and workflows for TriCaster customers include:

Streaming
Haivision: Automate cloud transcoding with HyperStream Live to reach all Internet audiences with the highest-quality adaptive-bitrate (ABR) streams
Ustream: Stream directly from the TriCaster to Ustream with one click