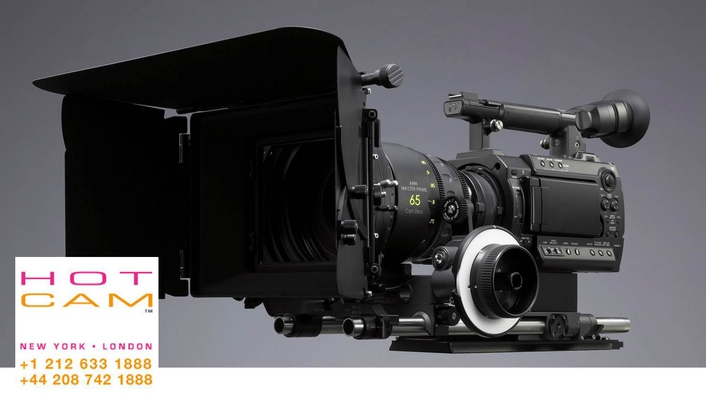 Sony Super 35mm camcorder added to HotCam rental inventory in London and New York
Equipment hire company HotCam is adding units of Sony’s new PMW-F3K to its rental inventory in both the UK and the US. The handheld Super 35mm ‘film look’ camcorder shoots 1920 x 1080 images to SxS cards, records 35 Mbit/sec XDCAM EX and has been designed for interchangeable lenses.

It is Sony’s first professional handheld digital production camera to feature a sensor that is the same size as Super 35mm film, ensuring the same optical performance with 35mm Cine lenses.

HotCam joint-managing director Trevor Hotz said: “The F3 looks like a really interesting proposition for producers who are working with a limited budget but want high-production values and creative options such as shallow depth-of-field. From the tests we’ve done I can already see that it shoots significantly better pictures than a video-capable-DSLR plus it has the benefit of the established Sony brand and workflow behind it, which is always reassuring. It works well in low light too so you can do away with a full lighting kit if you want to. I think independent filmmakers and drama producers will be really interested in the F3.”

The Sony PMW-F3K Super 35mm camcorders will available from HotCam soon, pending delivering from the manufacturer.

HotCam is a leading broadcast equipment hire company. It provides camera, audio, lighting and crewing services to television producers from its bases in New York and London and around the world. UK credits include “The X Factor” for ITV, “Freddie Flintoff vs The World” for Sky and “Coach Trip” for Channel 4. US credits include “What Not to Wear” for BBC Worldwide Americas, “History Detectives” for PBS and “American Pickers” for The History Channel. www.hotcam.tv