HHB supplied professional audio and video equipment and commissioning services for the new studios at NGY myplace Nottingham
HHB Communications has supplied a host of equipment for new production rooms at the recently opened NGY myplace facility in Nottingham.

This project involved the conversion of the basement of the city centre Grade II listed building into a set of professional specified production rooms comprised of an impressive suite of music, radio and video studios for young people in the community. The design and contraction of the facility was carried out by The Studio People while HHB supplied equipment and commissioning services.

Located on Castle Gate, NGY myplace is one of four youth facilities across the East Midlands that received a share of £20m funding as part of the national myplace Programme. Over £5m has been invested to transform the derelict Grade II listed building in Nottingham. Spread over 5 floors, the building is open seven days a week and offers youngsters aged 13-19 a wide range of activities from music and film production, to dance, fitness sessions, courses, health and wellbeing support. Young people in the area were consulted from initial concept to design and delivery by Nottingham City Council and its partners to ensure that the facilities were reflective of their needs. 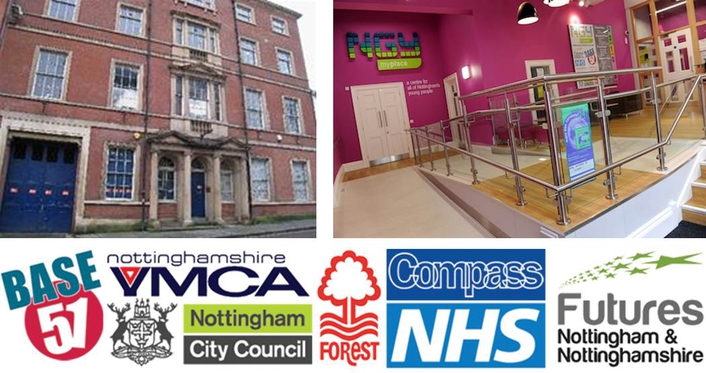 The centre piece of the music studio is an Audient ASP8024 mixing console. Apple computers were specified for music and video production, and HHB commissioned a media server that provides secured storage and data networking between rooms.

“The Castle Gate basement has been transformed into an outstanding, state of the art digital-media production facility,” states Darren Goodlad of Nottinghamshire YMCA, NGY’s digital media partner.  “We’ve managed to maximise the usage of the limited amount of space and install a set of industry standard equipment. Each studio can be used independently but we also have extensive patching which will allow us to use the rooms together.”

HHB Educational Sales Manager Andrew Hingley commented: “We are very pleased to be part of such an inspiring project that is designed to give young people in Nottingham free access to equipment that they would not otherwise get to use. The Studio People did a great job designing studios and specifying equipment that will provide a professional experience and results.”