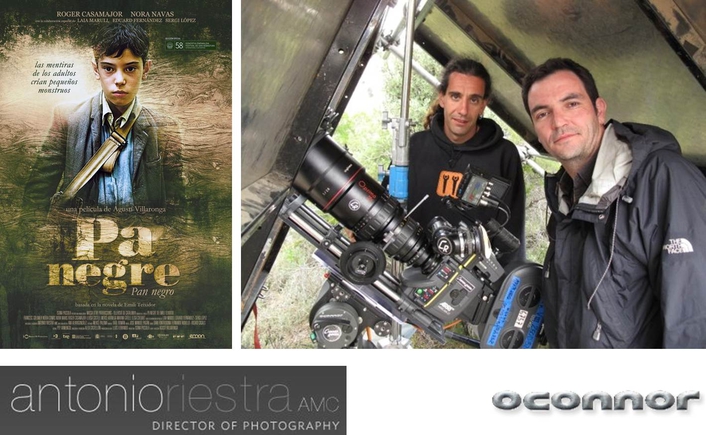 "Pa negre" (English title: "Black Bread") is a suspenseful cinematic event. The drama shows the disastrous results of the Spanish Civil War for the poor Catalan rural population as a village’s inhabitants are entangled in dark deeds and deadly secrets. The film, which takes the audience back to the early 1940s, is mostly set in the dark Catalan forests.

Spectacular footage thanks to a wide angle of rotation
Director Villaronga begins his film with a horse and cart that are rapidly falling down from high cliffs into the forest. Capturing such a scene is a technical challenge and can be accomplished only with professional equipment. Riestra skillfully delivers impressive pictures: "Without the absolutely smooth and even panning of the OConnor fluid head, this wouldn't have been possible. Whether I'm shooting from the top-shot or low-angle camera perspective, the other outstanding feature of OConnor equipment is the 180-degree tilt angle."

Absolute dependability and the latest technology
Riestra has used OConnor for all of his film shoots: "I have already filmed under every imaginable condition. Whether outdoors or in the studio – OConnor equipment has always been completely dependable. I have been in the film industry for 19 years and have been able to follow the development of the OConnor fluid head. OConnor is always adapting its fluid heads to new cameras on the market so that users always have state-of-the-art technology," says Riestra. 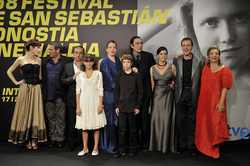 Honored with nine awards at the Spanish film awards
Riestra's high demands on the equipment are reflected in his film. So it is not surprising his work has already been honored with numerous awards. In 2010, "Pa negre" was celebrated as the big winner of the evening at the Spanish film awards, "Premios Goya". The film, which was made in the Catalan language, won in nine categories, among them Best Film, Best Director, and Best Cinematography. Riestra concludes: "Out of all the films I have made, I enjoyed shooting "Pa negre" the most. The director, the story of the film, the actors and the crew were fantastic. It was a unique experience. Last but not least are the great people whom we met during filming and the special shooting locations."