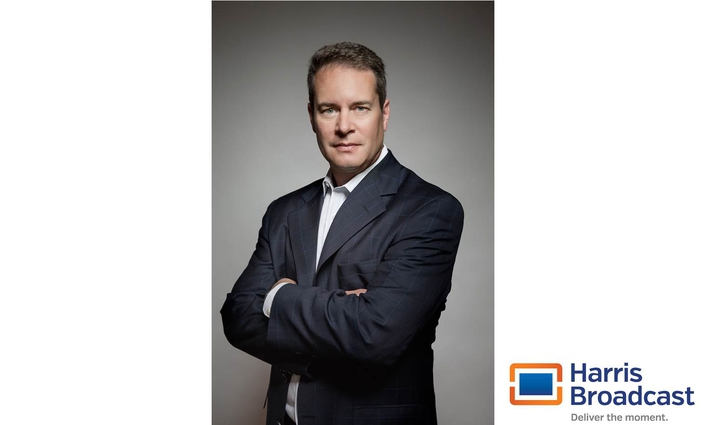 The 25-year information technology and communications leader joins Harris Broadcast following nine years as President and CEO of GENBAND where he led a company transformation that encompassed six acquisitions, including Tekelec SSG, NextPoint Networks and Nortel’s VoIP Business. Through successful organic innovation, attention to operational integration and relentless focus on customers, GENBAND became no. 1 in VoIP and delivered a compound annual growth rate of ~100 percent during his tenure. Mr. Vogt succeeds Harris Morris, who was appointed president of Harris Broadcast when it was a subsidiary of Harris Corporation in 2010, led the company through its divestiture process and guided the transition period to The Gores Group ownership, including the completion of fiscal year 2013.

“Charlie’s proven track record of taking companies with powerful and promising technology to the next level uniquely positions him to lead this business,” said Carl Vogel, Harris Broadcast Chairman and board member of Dish Network. “His decision to join Harris Broadcast as President and CEO likewise reflects the promise and potential behind the company’s market-leading technology, marquee customers and exceptional employees. Charlie will bring to Harris Broadcast vision, leadership, creativity and operational discipline as well as an entrepreneurial and customer-first culture.”

Mr. Vogel added: “The radio and TV broadcasting industry is embarking on a significant transformation from digital to IP. Charlie was a natural choice as his IP domain knowledge and experience gained while assisting global service providers and cable operators transition to IP has uniquely prepared him to lead the company as this industry undergoes a similar trajectory. We thank Harris Morris for his contributions in guiding Harris Broadcast as we acquired the business and transitioned the company to independence – we wish him well as he pursues new opportunities.”

With a substantial patent portfolio, eight Technical and Engineering Emmy Awards and a strategic global support presence in 36 countries, Harris Broadcast solutions are at the forefront of enabling radio, television and media networks around the world to compete in today’s multiformat, multichannel and multiplatform market.

“I couldn’t be more enthusiastic about joining Harris Broadcast, especially at a time when broadcasters, cable networks and multi-channel content distributors are experiencing so much change – from the impact of on-demand to content delivery on multiple screens and the digital transition to video and audio over IP,” said Mr. Vogt. “I have spent my professional career building businesses, fostering an entrepreneurial culture and introducing disruptive technologies that transform business models. I look forward to leading the Harris Broadcast team to accelerate innovation in areas that will enable the company to experience market-leading growth.”

Mr. Vogt added: “Through investments in R&D and strategic acquisitions, Harris has built the industry’s most comprehensive portfolio of content management technology. The company is well positioned in the broadcast market with unique capabilities such as combining automation, digital asset management, playout and sales and scheduling into a single solution. These strategic assets form an ideal foundation upon which we will invest and differentiate.”

Appointed CEO of GENBAND in 2004, Mr. Vogt expanded GENBAND’s operations to more than 50 countries and secured 80 of the top 100 communications service provider and cable operators as customers. While leading an industry wide transition to IP, he also advised the Federal Communications Commission Chairman on matters of technology and spectrum serving on the FCC advisory council. Mr. Vogt has received industry wide recognition for his leadership, operational acumen and tangible accomplishments including Ernst & Young’s “Entrepreneur of the Year,” Dallas Metroplex Technology Business Council CEO of the Year, Global Telecom’s “Power 100” and Light Reading’s top 10 “movers & shakers.” In September 2012, The Wall Street Journal named GENBAND the no. 1 privately funded company in America topping a list of 5,900 companies.

Prior to his tenure as President and CEO of GENBAND, Mr. Vogt served as President and CEO of Taqua, an IP switching company, which was acquired by Tekelec in 2004. Before Taqua, Mr. Vogt was instrumental in the operational and financial growth of four standard-setting technology companies including ADTRAN, Ascend Communications, Accelerated Networks and Santera Systems. ADTRAN, Ascend Communications and Accelerated Networks executed IPOs, while Santera Systems was acquired. Following Lucent Technologies’ $20 billion acquisition of Ascend Communications in 1999, Mr. Vogt became a senior member of the leadership team.

Mr. Vogt has served as chairman of two companies and as a board member of five companies, in addition to serving on the board of Telecommunications Industry Association, the Federal Communications Commission Advisory Council and the Dallas Metroplex Technology Business Council. He holds a Bachelor’s Degree in Economics and Computer Science from Saint Louis University, where he also played Division I NCAA baseball.

About Harris Broadcast
Harris Broadcast is an industry leader in delivering the most advanced, content-rich media experiences available for a wide spectrum of radio, television and private media networks around the globe. With market leading transmission, routing, automation and asset management, advertising inventory management software, and video networking and encoding solutions, the company enables media organizations to tap into one of the broadest, integrated product and solution portfolios in the industry. Harris Broadcast is widely recognized for its product quality and reliability, engineering excellence and customer service, and has earned nearly 100 technological firsts and more than 50 awards for technical innovation.

About The Gores Group
The Gores Group, LLC is a global investment firm focused on acquiring controlling interests in mature and growing businesses, which can benefit from the firm's operating experience and flexible capital base. The firm combines the operational expertise and detailed due diligence capabilities of a strategic buyer with the seasoned M&A team of a traditional financial buyer. The Gores Group, which was founded in 1987 by Alec E. Gores, has become a leading investor having demonstrated over time a reliable track record of creating substantial value in its portfolio companies alongside management. Headquartered in Los Angeles, The Gores Group maintains offices in Boulder, CO, and London.