The post-production department delivers broadcast-ready content from its Avid® editors to a central Isilon-based storage pool from where it is automatically distributed to the studio servers.  This architecture enables high performance with extremely short time to air for live and fast-turnaround productions.  Content is ensured with backup on an Isilon storage cluster, supplied and integrated as part of the Harris Broadcast contract.

“BR is a forward-thinking broadcaster that is committed to the concept of file-based production, management and delivery of content,” said Stefan Gnann, CEO at VTS Studiotechnik.  “As a major German broadcaster, they need extremely good performance and bullet-proof redundancy.  Working with Harris Broadcast, we have together demonstrated our capabilities — including an ability to simultaneously transfer 60 or more streams around the workflow whilst simultaneously recording and playing out content.  After an intense test period which enabled us to optimize various system elements, we made the switchover without any hitches.” 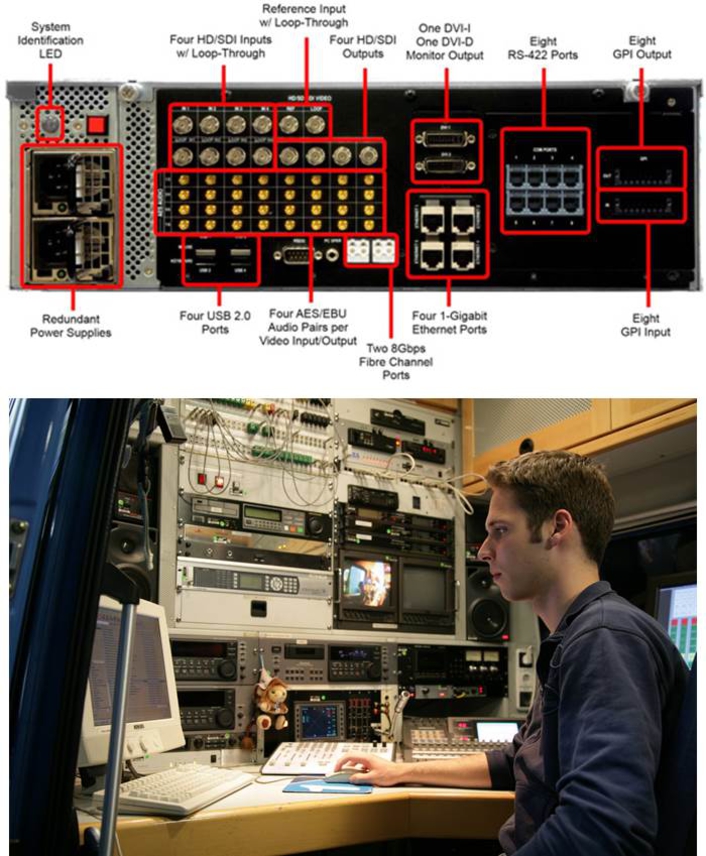 “This was a very demanding project,” said Mathias Eckert, vice president, sales and services, Europe & Africa for Harris Broadcast.  “BR needed high performance for live studio recording, absolute reliability for transmission, and seamless communication between operations, including the archive and the editing network. Our NEXIO server platform was built for this sort of no compromise application, and we are pleased to have the opportunity to replace a legacy system with a Harris Broadcast solution that ticks all the boxes.”

About Bayerischer Rundfunk
Bayerischer Rundfunk, BR for short, is Bavaria's public broadcasting service with more than six million viewers and listeners daily in Germany's largest state. With ten radio and two television programs, two internationally renowned symphony orchestras, a celebrated chorus, and more than four thousand professionals, we are one of Europe's most respected broadcast institutions.

About VTS Studiotechnik
VTS Studiotechnik provides a range of professional studio equipment and studio facilities for radio and television enterprise operations. From planning to completion of complex studio, transmission equipment and  customized vehicles, VTS Studiotechnik performs all work using expert in-house teams. Through its planning departments, electronics, carpentry and mechanics, as well as a specialist production facility, the company can respond quickly to customer needs. With the range of fiber optic technology, VTS Studiotechnik completes its full-service provider proposition.

About Harris Broadcast
Harris Broadcast is an industry leader in delivering the most advanced, content-rich media experiences available for a wide spectrum of radio, television and private media networks around the globe.  With more than 25 leading brands including Versio™, Selenio™ and Maxiva™, the company enables media organizations to tap into one of the broadest, integrated product and solution portfolios in the industry. Headquartered in Denver, Colorado, the company is widely recognized for its product quality and reliability, engineering excellence and customer service, and has earned nearly 100 technological firsts and more than 50 awards for technical innovation.