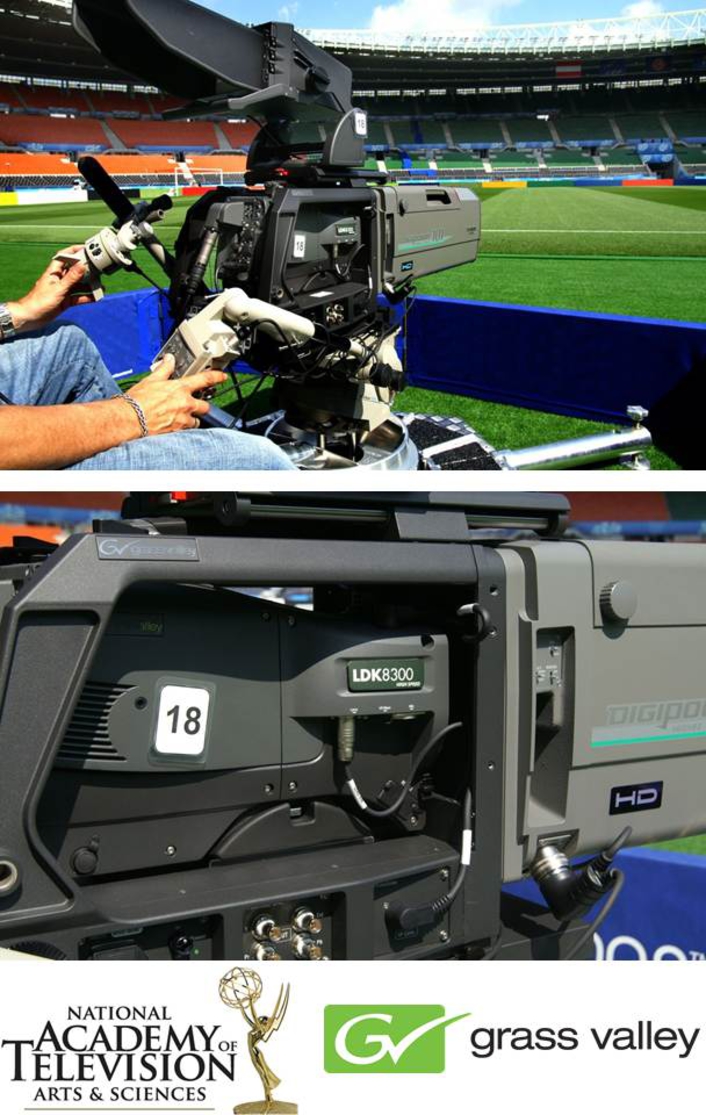 This Emmy will be awarded at the 2011 CES Show in Las Vegas, for HD Super Slo-motion System for Acquisition, Recording and Playback for Broadcast Entertainment and Sports Production, bringing the total count of “Technical Emmy” Awards won by Grass Valley to 17.

Since its introduction in 2008, the LDK 8300 HD Live Super SloMo Camera System has been used extensively by major broadcasters and mobile production companies at such major sporting events as the 2008 Summer Olympics in Beijing, 2010 Winter Olympics in Vancouver, the 2010 World Cup in South Africa, and currently for "Monday Night Football" telecasts on ESPN in the US. The camera system is also the de facto standard for HD Live Super SloMo in Europe.

“The Grass Valley LDK 8300 is unique in its ability to deliver extremely high-quality images at multiple frame rates, allowing it to be used as a standard HD camera and for captivating slow motion effects at 2x or 3x speed,” said Jeff Rosica, Senior Vice President of Grass Valley. “This latest recognition by NATAS is a testament to our engineering team in Breda, The Netherlands and countless others who have made the LDK 8300 such a resounding success within the global production community. We set the standard in 3x Super Slow-Motion in SD with our LDK 23 camera system and now we’ve set a new standard in HD with the LDK 8300.”

The LDK 8300 Super SloMo camera system offers a number of unique features, such as: the ability to operate at 1x, 2x, 3x (selectable) speeds and native 1080i and 720p acquisition. Thanks to Grass Valley’s exclusive AnyLight™ flicker reduction, which compensates for flicker caused by artificial lighting the LDK 8300 offers the best picture quality under all circumstances. It also offers superior image reproduction, colorimetry, and video processing and perfectly matches with the regular LDK HD cameras in a multi-camera production.