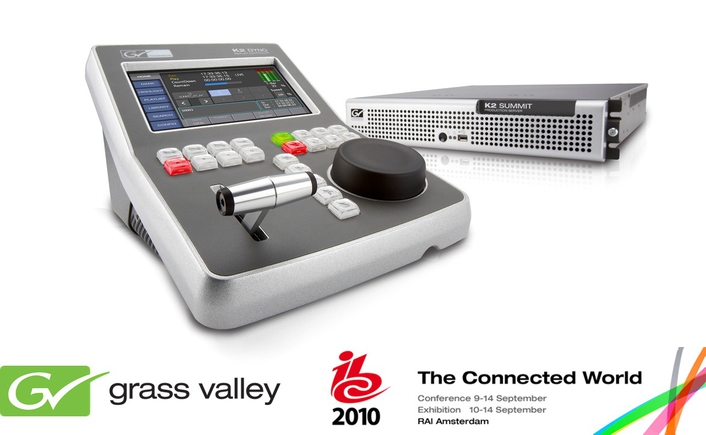 K2 Dyno Replay System
Since its introduction, the Grass Valley™ K2 Dyno™ Replay System has become one of Grass Valley’s fastest growing product category in its history, with more than 150 systems now sold worldwide to date.

These high-profile customers include regional broadcast and cable television networks, outside broadcast production companies, and a variety of professional sports teams using the K2 Dyno Replay System for a wide variety of applications. All have benefited from the system’s powerful features and unique functionality for the creation of immediate replay and pristine slow-motion images during live sports and entertainment productions that greatly enhance the viewer experience – and at a very cost-effective system price point.

The Grass Valley K2 Dyno Replay System consists of two elements: The K2 Dyno Replay Controller coupled with either a K2 Summit™ or K2 Solo™ media server. The complete system is designed to help sports producers and other professionals capture live events and instantly play them out at variable speeds for critical analysis during fast-paced events. It is ideally suited for HD and SD sports production trucks and shared production facilities. 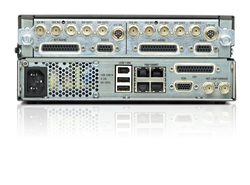 “There’s no question that in less than a year, the Grass Valley K2 Dyno Replay System has taken the live production industry by storm and really made a name for itself among operators producing some of the world’s most watched live and televised events,” said Jeff Rosica, Senior Vice President of Grass Valley. “The industry needed a replay system that was easy to operate, offered tremendous flexibility and was very cost-effective to own. It’s become clear that the K2 Dyno Replay System is that and a whole lot more.”

In the past year, the innovative K2 Dyno Replay System has been used to help produce some of the world’s highest-profile live sporting and entertainment events. Customers that have adopted the next-generation slow-motion replay system for all types of live events include:

Using DVCPRO or AVC-Intra 50/100 compression codecs, the new K2 Dyno Replay System on a K2-based SAN offers users a “true” shared environment system for replaying content as well as sharing and managing highlight clips between multiple nonlinear editing systems networked together. Content being recorded to the SAN can be replayed, edited, searched, and played out without the time-consuming need to transfer files to the various individual workflow departments.