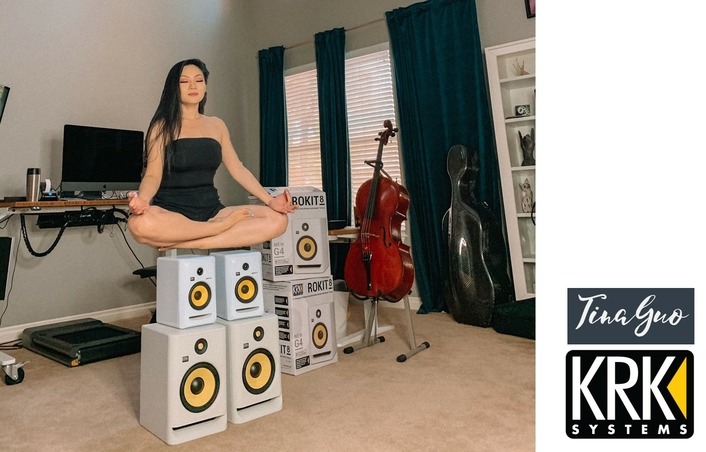 Internationally acclaimed, GRAMMY Award-nominated and BRIT Female Artist of the Year-nominated musician Tina Guo is one of the most recorded solo cellists of all time. Known for her unique genre-crossing style, Guo’s mixes can be heard on hundreds of blockbuster film, television, and game soundtracks. As a dependable mixing solution, Guo turns to KRK Systems’ latest product offering, the ROKIT G4 White Noise 8-inch professional studio monitors. In addition to her recording projects, Guo also relies on her KRK G4s as playback monitors for her livestream concerts.

As a long-time fan of KRK Systems, Guo previously utilized the brand’s ROKIT G3 powered studio monitors. When upgrading to the latest generation of KRK’s renowned ROKITs, Guo chose to go with the eye-catching White Noise variation. “Compared to my ROKIT G3s, the G4s are more powerful and lighter in weight, which is extremely beneficial as I have both speakers on my standing desk, which I move up and down throughout the day,” says Guo. “I was immediately drawn to the cool aesthetic of the white color of these new monitors.” 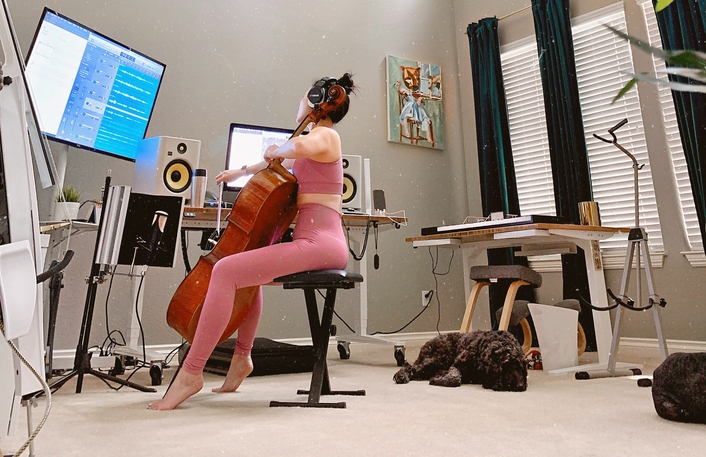 While recording from home and streaming live concerts amidst the COVID-19 pandemic, Guo solely relies on her project studio setup equipped with KRK White Noise monitors to mix all of her tracks. While adjusting to this work-from-home setup, it has been extremely beneficial that Guo is able to seamlessly adjust her EQ settings using the monitor’s simple-to-use LCD interface. “The LCD screen with visual EQ is amazing—it provides various frequency presets to adjust to the best setting for your specific playback or mix environment.” 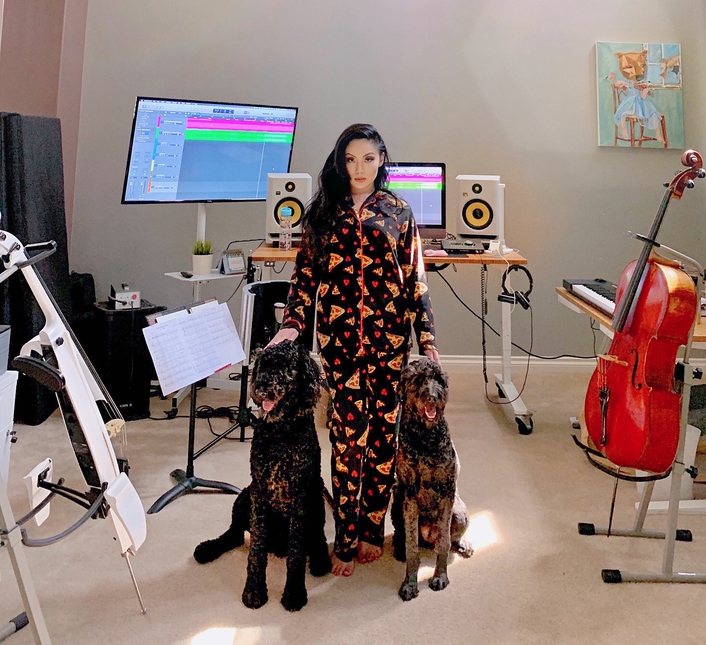 Using her KRK White Noise monitors for playback, Guo recently completed two albums: “Winter Night: Traces in the Snow,” which will be released on Sony Masterworks, as well as “GESICHTSSCHMELZER,” which is an Extreme Music (production music arm of Sony/ATV Music Publishing) album as a composer with Frank Klepacki that translates to “face-melter.”  She also recently turned to her KRKs as playback monitors for the recording of an in-game commercial for the new “Star Citizen” video game, as well as soundtracks for “SpongeBob 3” and two upcoming Netflix films: “Hillbilly Elegy” and “A Babysitter’s Guide to Monster Hunting.” Additionally, Guo is currently deploying her KRK 8-inch White Noise monitors for her upcoming solo album, also being released on Sony Masterworks in 2021. 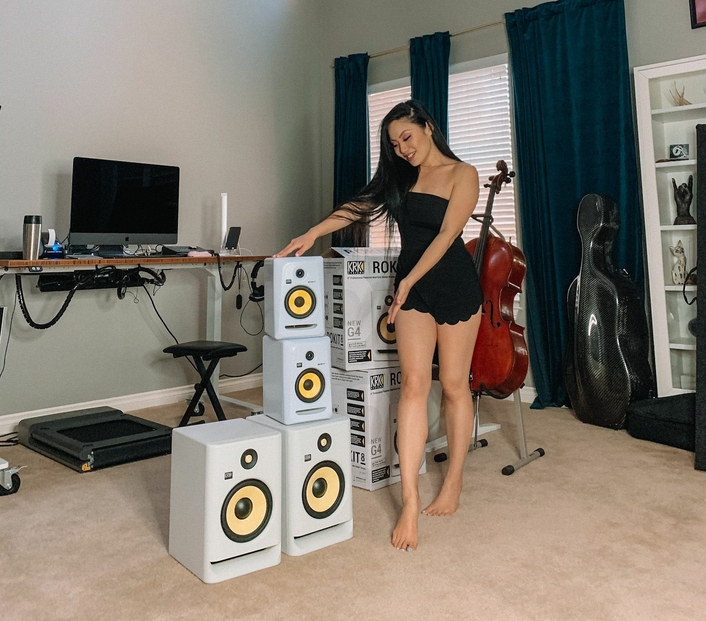 “I am a huge fan of KRK’s studio monitors,” says Guo. “When mixing soundtracks for cello, it is crucial that I can hear the depths of my mixes—and the KRK G4 White Noise monitors project a natural and unaltered sound. In addition to all of the speaker’s cool features, their high-quality audio and affordable price tag add to the value of the White Noise monitors. I am excited to continue relying on these awesome looking speakers for all of my remote recording sessions, album projects, and live stream concerts in the future.”

About KRK Systems:
Over the past three decades, KRK Systems, part of the Gibson Pro Audio division, has become synonymous with quality design and unparalleled performance in the world of studio monitors, subwoofers, and headphones. KRK offers products that meet the diverse needs of home studios and professional studios alike no matter the style of music or application.

About Gibson:
Gibson Brands, the world’s most iconic guitar brand, has shaped the sounds of generations of musicians and music lovers across genres for more than 100 years. Founded in 1894 and headquartered in Nashville, TN, Gibson Brands has a legacy of world-class craftsmanship, legendary music partnerships, and progressive product evolution that is unrivaled among musical instrument companies. The Gibson Brands portfolio includes Gibson, the number one guitar brand, as well as many of the most beloved and recognizable music brands, including Epiphone, Kramer, Steinberger, and the Gibson Pro Audio division KRK Systems. Gibson Brands is dedicated to quality, innovation, and sound excellence so that music lovers for generations to come will continue to experience music shaped by Gibson Brands.