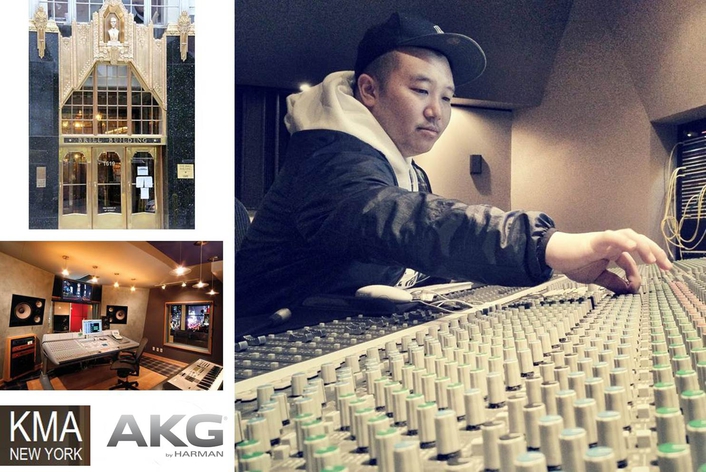 With a client list ranging in artists such as David Cook, Steve Jordan, Jessie J, Lil Jon, Mya, Ne-Yo, Trey Songs, Tiësto and his GRAMMY-nominated work with Fantasia and Ledisi, Chang takes great pride in his projects, focusing on an “organic” sound with live drums and acoustic guitars.

AKG is a staple in the recording booth when Chang is on the boards, as he wants nothing less than the best sound for his work.  The D12 dynamic instrument mic is on every drum record Chang produces.  The mic is clipped inside the bass drum for a rich, intense beat.  Chang also drops a D12 into pianos right above the strings for a soulful sound.  C451 condensers are utilized as room mics and are workhorses in Chang’s studio.  “We use the C451 and crush the hell out of it through a distressor,” he said.  “The C451’s on vocals and drums also adds more flavor to a track.”

“Some engineers and producers think hits are made in the mixing sessions after recording.  For me, choosing the perfect mic is the most important part in the process of recording a hit,” stated Chang.  “My clients crave perfection to their production, whether on guitars, drums, strings or vocals. I've even tracked a harmonica using the AKG D12 that was played by K'naan on one of a soon-to-be-released track.  AKG mics are an important tool that helps capture that great tone, translating their vision into a complete project.“

As GRAMMY-nominated songwriter Claude Kelly's personal engineer, Chang feels blessed to play such a vital part in working with brilliant artists/producers that record in the studio.  Ben is also managed by Make Moves Management, working as a team to provide award-winning opportunities to artists in the industry.