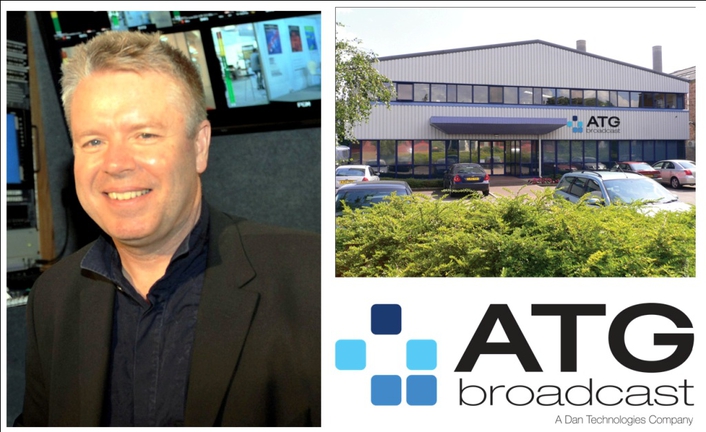 Graham left EMI to become General Manager of Avid Middle East (Dubai) and then went on to form his own company, TriMedia Middle East, with two partners in 2004. Since then he has worked on several projects in both consulting and technical roles at Al Jazeera Network (Doha) and MBC (Dubai), and partnered vendors such as Miranda, Quantel and Omneon. His most recent consulting role has been with the Al Dafrah Group where he was responsible for developing and implementing the group's strategy and for a major HD studio project. Over the years, he has worked closely with a variety of production companies, system integrators and manufacturers in Britain and mainland Europe.

"Graham's Day's experience as an engineer and senior manager with major broadcasters, as well as with key equipment manufacturers, gives him a wide perspective of our rapidly-evolving industry," comments Danmon Systems Group Managing Director Henning Brønnum. "His detailed knowledge of the Middle East market will also be particularly useful."

"I look forward to working with the ATG Broadcast team and our DSG colleagues," Graham adds. "We will be building on ATG's solid and proven track record as a highly successful system integrator both in Britain and in global sectors, and I look forward to developing further the brand name of ATG Broadcast with my team."

ATG Broadcast is a world-class supplier of broadcast systems planning, design, installation, commissioning and post-installation support services. ATG has the full resources needed to pre-build and test complete large-scale installations before delivery. The company is part of the Dan Technologies Group operating from offices in Britain, Denmark, Germany and Vietnam. The ATG Broadcast client list includes some of the world's largest broadcast networks and embraces the latest file-based high-definition digital networking technology. ATG systems are designed to allow easy upgrade and expansion, including migration to new transmission standards and delivery platforms.