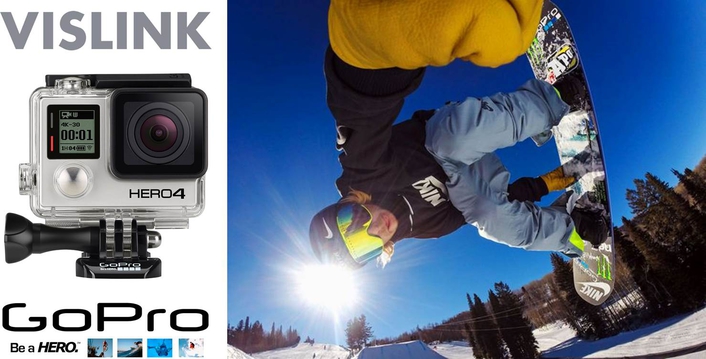 The two companies have been working together on a transmitter that is small enough to be worn or mounted in unique areas to provide all new perspectives for people watching their favorite live sports and events.  The solution will be showcased during popular live events this winter, including Winter X Games 2015 Aspen, select AMA Monster Energy Supercross events and other live sporting events.  GoPro cameras are already used extensively in professional applications, worn by athletes or mounted on gear during televised events.  But, to date the footage has been restricted to a post-production workflow with memory cards being shuttled back to the truck to provide a look back at the action.  This new solution will be the first time official GoPro products are used to transmit the action in high definition, allowing for integration into a live television broadcast. 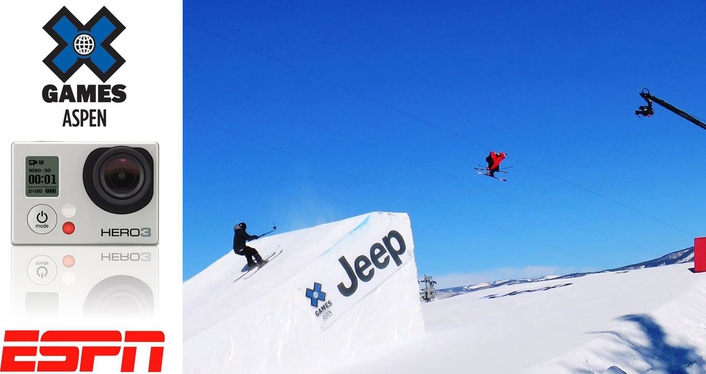 Live from Winter X Games 2015 Aspen
The two RF units deployed at X Games by GoPro and Vislink are Hero3+ cameras (HERO4 cameras were not required because ESPN did not need 4K video) powered by traditional GoPro batteries. A tether unit links the camera and the transmitter and is attached to the helmet of athletes willing to wear it. The second system, an all-in-one integrated unit, is being used as a FollowCam attached to a pole rig for X Course.

A FollowCam shot was taken live multiple times during Slopestyle qualifying Thursday morning, the first such deployment. The shot also marked the first time a FollowCam had ever gone off a jump directly behind an athlete during live competition.

“While FollowCam is not new at the X Games, it is new to have the camera in midair with the athlete and having the FollowCam go off jumps in competition,” says Geduldick. “[Veteran GoPro camera operator] Caleb Farro was in very close proximity to the rider during a [very complicated trick] like a switch double cork, so it was a perspective I don’t think anyone has ever seen before on live TV.

Although GoPro declined to address the specific amount of latency, the fact that ESPN is taking the camera live during its telecast is a ringing endorsement of a potentially legitimate live-broadcast tool. 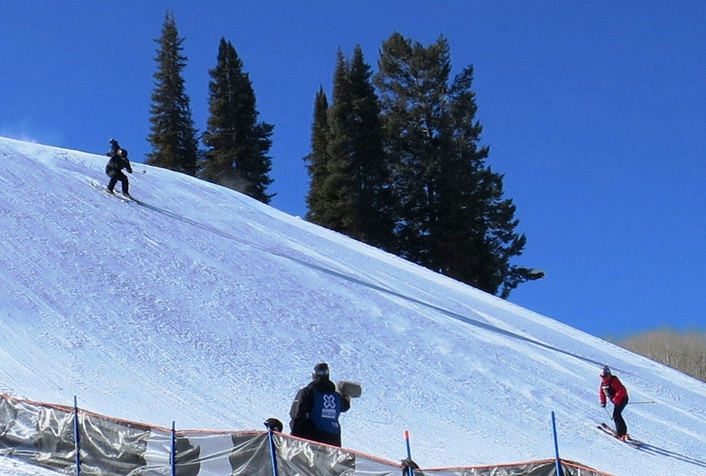 “Our goal is to have latency as low as possible and have it in sync as much as possible with the other systems that ESPN and the other broadcasters are using,” says Geduldick. “Shrinking things down into this tiny form factor always makes it more of a challenge for anyone working with wireless RF broadcast systems. But our main goal is to get in sync and find out exactly what is acceptable from the broadcaster’s point of view.”

Comments from GoPro and Vislink
“GoPro has changed the way people see the world, creating an immersive viewing experience. Now with unique GoPro perspectives available to broadcasters, watching live events is like being part of the action instead of watching it from the stands.  Our partnership with Vislink brings a new level of excitement to live broadcast and we can’t wait to see what players, broadcasters and fans do with this new innovative solution,” said GoPro President Tony Bates.

John Hawkins, Chairman of Vislink PLC commenting on the partnership said, "We are delighted to be partnering with GoPro, a global leader in its field, to develop a unique solution designed specifically for professional broadcasters. For decades Vislink has been the market leader in providing low latency, wireless cameras and transmission systems for highly prestigious live broadcast events.  Many of the events where Vislink technology operates are within highly demanding broadcast environments such as the Olympics, MotoGP, WRC World Rally Championship, Formula-E, and the America’s Cup. Working with GoPro, a highly innovative global leader in video content, is testament to our cutting edge technology and its ability to operate in all environments”.

More details on the product, pricing and availability will be announced this spring.

About Vislink
Vislink is a global technology business specializing in the collection, transmission, management and distribution of high quality video and associated data from the field to the point of usage. Vislink provides solutions to the broadcast market for the collection of live news, sport and entertainment events and to the surveillance market including defense, law enforcement and public safety customers. With over 50 years in operation, Vislink has the expertise and technology portfolio to deliver fully integrated, seamless, end-to-end solutions using our best-in-class brands. The Company is fully listed on the AIM.

About GoPro, Inc.
GoPro, Inc. is transforming the way consumers capture, manage, share and enjoy meaningful life experiences. We do this by enabling people to self-capture engaging, immersive photo and video content of themselves participating in their favorite activities. Our customers include some of the world's most active and passionate people. The quality and volume of their shared GoPro content, coupled with their enthusiasm for our brand, virally drives awareness and demand for our products.
What began as an idea to help athletes document themselves engaged in their sport has become a widely adopted solution for people to document themselves engaged in their interests, whatever they may be. From extreme to mainstream, professional to consumer, GoPro has enabled the world to capture and share its passions. And in doing so, the world, in turn, is helping GoPro become one of the most exciting and aspirational companies of our time.