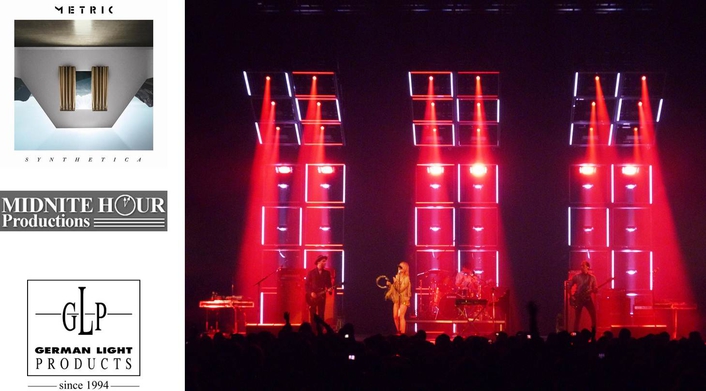 Long-serving LD Ian MacDonald designed the lighting to be diverse — partly scaled to fit 1000-seat theaters, but sufficiently organic to upscale effortlessly into arenas and amphitheaters. In the case of Synthetica this involved five different set-ups, and each included GLP’s new Spot One LED moving heads.

MacDonald’s search for the Spot One was stimulated by his desire to have an all LED arena lighting rig. “This is becoming the norm these days … less power and lighter fixtures are always a huge plus, especially when playing smaller venues with limited power,” he said. “I was looking for an LED profile moving fixture that could be as good as, or better than a standard moving light fixture.”

And GLP’s groundbreaking spot provided the solution. First introduced to the fixture by Marty Anderson and Louis Racine from Midnite Hour Productions the LD was immediately aware of the Spot One’s versatility. “I was particularly impressed with the beam intensity and the RGB color mixing,” he said. 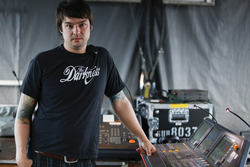 The Toronto-based rental company spent time testing and rigging the GLP Spot Ones in the cube design that MacDonald had conceived. Each GLP Spot One was mounted in an individual cube which was then linked in pairs with caster wheels for easy transportation.

All cabling was pre-rigged in a 4ft x 4ft x 2ft cubic truss. The six upstage towers measured four cubes high (16ft), with each cube containing an LED wash fixture, LED white strobe and four LED strips. The six flown vertical towers were three cubes long, each containing a GLP Spot One (18 in total), an LED RGB strobe and four LED strips. The downstage right and left truss were made up of four cubes with LED wash fixtures and LED strips. These trusses were custom fabricated for the tour by Midnite Hour.

The band themselves chose a specific color palette for the Synthetica tour consisting of blue, red, magenta and LED white. “The great thing about the Spot One, is they have rich color — especially the reds,” noted MacDonald.

The Spot Ones were assigned a particularly versatile role … variously functioning as solo lighting FX, crowd sweeps and band top lighting. Reviewing the show, the LD said, “I really enjoyed the speed of the fixture and the gobo wheel selection. In fact I would totally use them for future tours with Metric and other artists.”

He also praised the support provided by Midnite Hour — although since the Spot Ones performed flawlessly throughout this was hardly called upon.