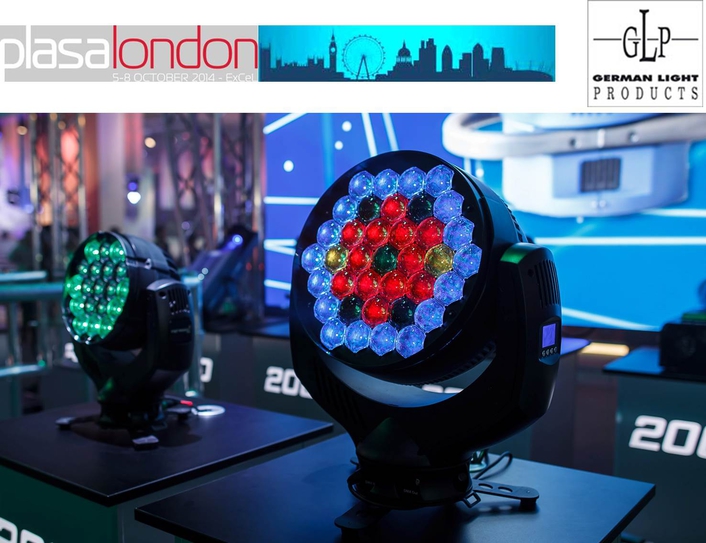 Using high powered RGBW LEDs, the X4 Bar 20 features 20 sources over a 1 metre length, whilst the X4 Bar 10 has 10 sources over a 50cm length. Both battens feature a wide zoom range of 7 to 50 degrees, allowing for broad washes of colour and narrow light curtain effects.

The zoom is further enhanced by a motorised tilt function, allowing fast repositioning of the fixture and for dynamic sweeps of colour.

Each LED can be controlled for colour and intensity individually on both battens, and the physical design allows for placement across the two unit types whilst keeping consistent pixel spacing.

Commenting on the new battens, GLP Inc president, Mark Ravenhill, states, “The X4 Bar Series can be used in multiple applications, including cyclorama washes, dynamic swathes of colour, set piece integration and sweeping mid air effects — as users of the X4 optics have come to love.”

At the same time they will be showing for the first time the new impression X4 L — the newest moving head in GLP’s current X4 range.

Embracing the same highly efficient optical design as seen in the rest of the X4 family, the new X4 L expands the feature-set by offering full pixel mapping across each of its sources for greater flexibility.

In terms of its market position, the X4 L sits between the original impression X4 and the newly released impression X4 XL. Featuring 37 of the RGBW LEDs that are used in the other products, this now gives customers a full range of X4 series fixtures to choose from.

Built into a smooth and elegantly designed housing, the impression X4 L also features a 7 to 50 degree zoom range.