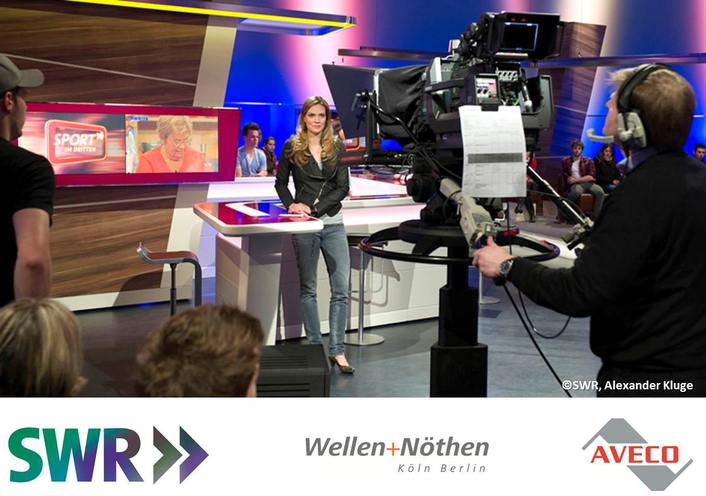 Aveco's ASTRA Studio 2 for Studio Automation at four SWR HD Studios
Aveco®, a worldwide broadcast facility content management and automation solutions specialist, announced that the Südwestrundfunk (SWR), a member of the German ARD consortium and the second largest broadcasting organization within the ARD, is now on-air with Aveco's new studio automation solution, ASTRA Studio 2. SWR's three production control rooms­ which are all configured differently ­can control any of its four studios.

In a tender, the project group at SWR was looking for a file-based studio automation system that met its requirements and budget to automate its studio productions. SWR was specifically looking for a powerful and flexible studio automation system that enabled a single operator to control all the devices in the studio but also could have some equipment manually controlled by the operations staff in the control room. Products integrated into the solution by system integrator Wellen & Nöthen included Annova’s OpenMedia advanced newsroom system, Vinten and CameRobot robotics, Sony video mixers, Lawo audio mixers and an MA Lighting grandMA lighting control console.

SWR-building in Stuttgart, The Director of the virtual newsroom.

"ASTRA Studio 2 is uniquely able to support the complex processes that we have in our virtual studio where we produce our news shows," said Udo Fettig, Project Manager for SWR. "Studio 2 now has control of the camera robotics, the camera movements, and the virtual studio system. For other productions, we use Studio 2's basic features for a lower level of automation. Of special interest was Studio 2's Preproduction Mode which lets us stop the recording, set a new splice point in the timeline view and then continue with the recording. Being able to combine production automation with studio automation and do preproduction at the same time with the same system made this an easy decision."

ASTRA Studio 2 is Aveco's second generation of studio automation and comes with three major enhancements: (1) a new user interface with multiple workspaces that span multiple monitors, (2) a new preproduction mode for easily making corrections in a show and (3) new journalists tools to enable them to take advantage of all the features in the hardware without having to understand the technical details of the equipment.

"We are excited about the customer feedback we have from Studio 2 demos at NAB 2012 and after a 10 day road show throughout Germany where knowledgeable customers have said that Studio 2 has features not seen in competitive products," said Roger Crooks, VP Sales and Marketing. for Aveco. "In addition to the advanced feature set, Studio 2 is hardware agnostic so that customers can select the best studio automation application that meets their needs and not worry about what switcher or vision mixer they have." 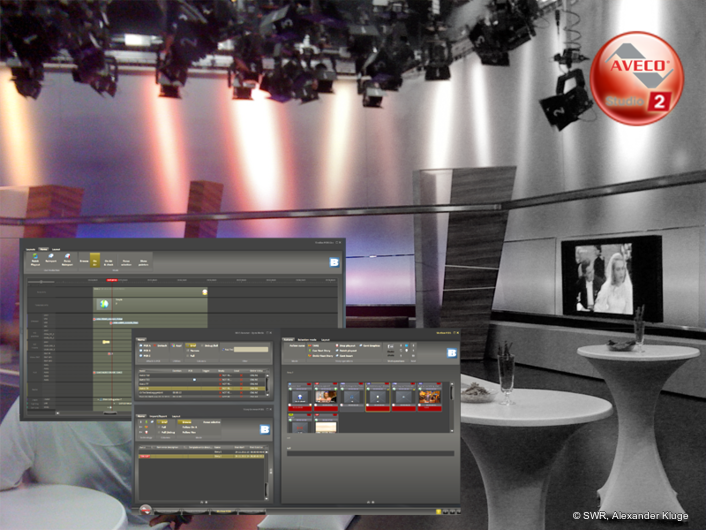 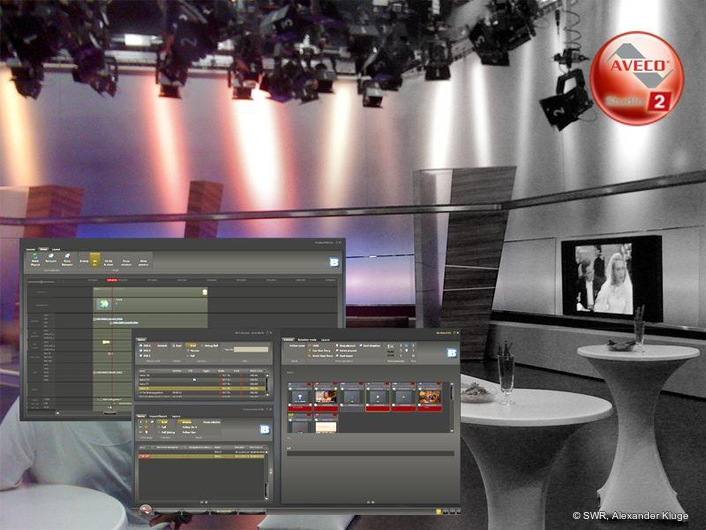 About the Südwestrundfunk
The Südwestrundfunk (SWR) is one of the largest media groups in Germany and the second largest broadcasting corporation in the ARD, the “Association of Public Broadcasting Corporations” in Germany. Almost one in six programs on Germany’s First TV Channel is produced by the SWR, as well as a string of top-quality programs on the specialist channels 3sat, ARTE, Phoenix, KI.KA und ARD Digital. More than 14 million people live within the broadcasting area it serves, in the states of Baden-Württemberg and Rheinland-Pfalz.

About Aveco s.r.o.
AVECO s.r.o., based in Prague, Czech Republic and the United States (as AVECO Americas), designs, sells, and supports Broadcast Facility automation worldwide. Based on a powerful content management system, the ASTRA Suite of Tools provides complete solutions for all aspects of file-based and traditional video workflows including solutions for ingest, browse, master control, newsrooms, and studio automation. A variety of architectures are available from small standalone systems to high channel, multi-site operations which are modular and easily expandable. Solutions can be custom configured with only the features needed and various redundancy options provide very cost-effective and reliable systems. ASTRA is the only automation system available that scales from single channel to high channel systems that are built on a Real-Time Operating System which has the ability to hot swap software modules without rebooting. Aveco is a worldwide TV automation provider with over 250 customers throughout Europe, the Americas, Asia, and Africa. Since formed in 1992, Aveco has remained a stable, privately owned company with a long-term commitment to steady growth and timely support.