Genelec helps The Lennon Bus inspire the next generation 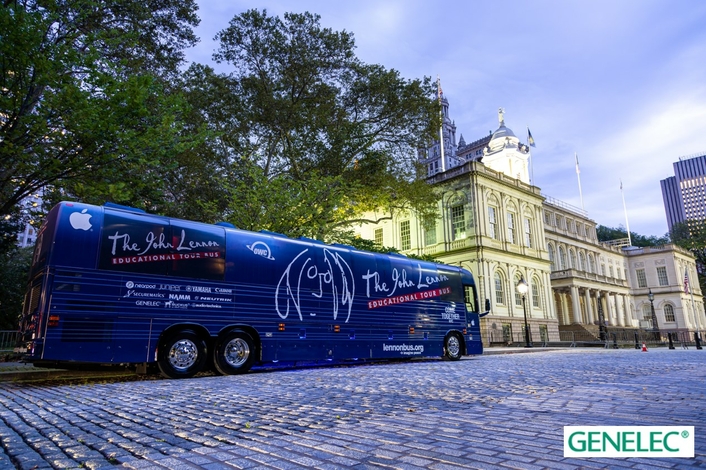 2020 is set to be a very big year for the John Lennon Educational
Tour Bus, with events centred around what would have been the former Beatle’s 80th birthday. The Lennon Bus, which is a state-of-the-art mobile audio and HD video recording and production facility, regularly provides free digital media production workshops to schools across the US and Canada - enabling students to learn how to write, record, and produce original songs, music videos, documentaries, and live multi-camera video productions. To ensure that students experience the best possible audio quality, the monitoring systems in the Bus’s two onboard studios have recently been upgraded to Genelec’s ‘The Ones’ coaxial three-way point source models.

“We go to a lot of under-served schools and a lot of communities that are under-resourced, so
bringing something that really represents the best of the industry is eye-opening and can be lifechanging
for kids and communities,” explains Brian Rothschild, Co-Founder and Executive Director
of the Lennon Bus. “Having the new studio monitors onboard continues that trajectory for us.”

Genelec has been a long-term sponsor of the Lennon Bus with the two-way 8240A Smart Active
Monitors and 7260A subwoofer having originally been installed in each of the Bus’s 5.1 studios.
“When we installed those Genelecs, the difference in the sound was just readily apparent and really
impressive, and we thought that it had to be as good as it could get,” recalls Jeff Sobel, Creative
Technology Director for the Lennon Bus. “Then when The Ones came out and we had the
opportunity to use the 8341s, we thought we would give it a try. I think we were all expecting there
to be a subtle difference in the sound, and we didn’t really see how it could be too much better. But
it was remarkable. The first time that we played some music through them after installing them, it
was really eye-opening how much clearer they sounded and how much better the imaging was.”

The upgrade has seen the US Lennon Bus move to the same technical setup as its European
counterpart, with all 10 of the original 8240As having been directly replaced by 8341A coaxial
studio monitors, with the 7260A subwoofers being retained. 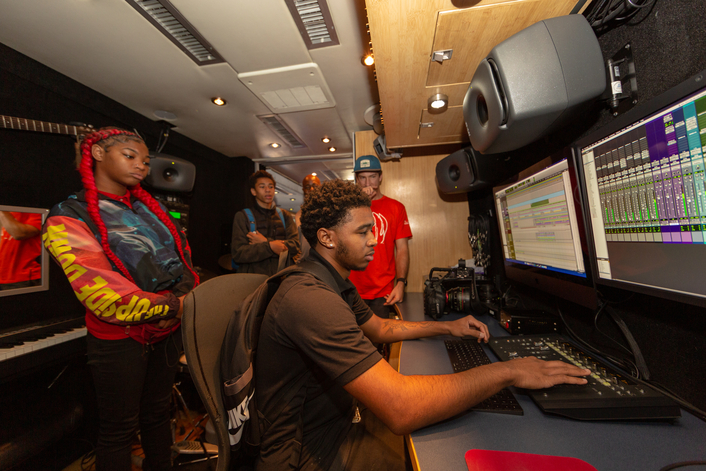 Genelec’s Smart Active Monitoring technology has been particularly important for this project,
since this has enabled the Lennon Bus’s technical team to create specific calibration presets for
different configurations of the Bus, using Genelec’s GLM software. “The ability to tune the speakers
to the room and the fact that it is a really simple, easy process is fantastic,” says Sobel. “The Bus is a
configurable space. It has sliding glass doors that can partition off the rooms from each other and
that changes the acoustics of the space as well. Using the Genelec Smart Active Monitoring technology, we can have different calibration presets for ‘doors open’ and ‘doors closed’, to suit various ways we work. Our Bus is designed to be as flexible as possible and the Genelec monitors are perfectly suited to that.”

With the new monitoring system in place, the Bus is ideally positioned to keep inspiring the next
generation of recording musicians. “What we really like to do on the Lennon Bus is to demonstrate
industry-standard, professional quality systems,” explains Sobel. “When students or artists come in,
they are impressed. It’s the same things that they’ll find in the best recording studios in the world. It
just has that credentialled atmosphere to it, which puts people in the ‘We can do anything here’
mindset.”

“For me it’s also about the self-esteem that the Lennon Bus is often responsible for with the
visitors,” adds Rothschild. “The fact that folks care enough to actually bring something that
represents the top of what the industry has to offer, and to bring it to under-served communities
makes a big impact. The Bus is a living legacy of John and Yoko’s work and everything we do is
ultimately to set the conditions and encourage people to imagine, work for and spread peace.” 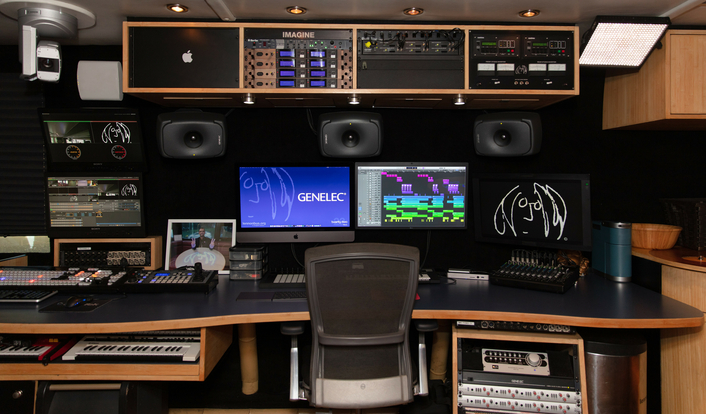 About Genelec
Since the founding of Genelec in 1978, professional audio monitoring has been at the core of the
business. An unrivalled commitment to research and development has resulted in a number of
industry firsts and established Genelec as the industry leader in active monitors. Over 40 years later
Genelec monitoring products remain true to the original philosophy, offering reliability, neutral sound
reproduction regardless of size, as well as the ability to adapt to the acoustic conditions of the
listening environment. Genelec customers receive paramount support in the field, from acoustical
advice and calibration services to technical service and long product life span. Buying a Genelec
product is a secure long-term investment in outstanding and reliable audio monitoring.