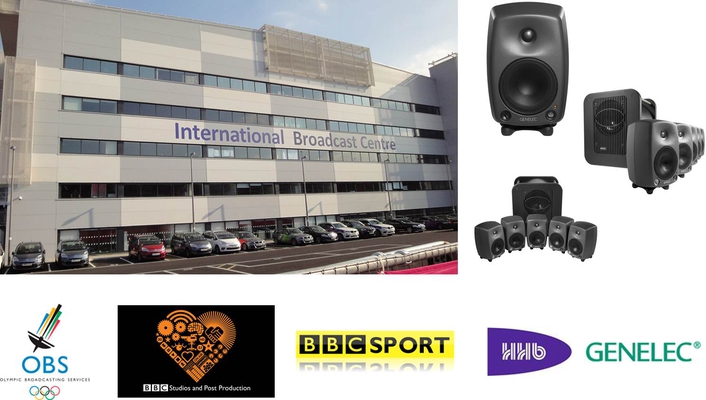 Genelec DSP monitors were used in the broadcaster’s mixing points for Sport TV output during the Games
The BBC used Genelec’s 5.1 DSP Loudspeaker systems to monitor the broadcast audio in its three main sound galleries during the London 2012 Olympics.

The Genelec speakers were used for monitoring the audio for BBC channels 1, 2 and 3, which were broadcasting a combination of 5.1, stereo, HD, SD and 3D transmissions. Located in the Olympic Park at the International Broadcast Centre, the galleries were the mixing point for virtually all of the broadcaster’s Sport TV output during the Games.

BBC Studios and Post Production Sound Supervisor Peter Bridges explains that DSP was used to line up the speakers in a challenging monitoring environment: “There is often compromise in setting up temporary control rooms, but soon after the Genelecs were set up and aligned we were able to start mixing.”

The set up in the three main sound galleries was a 5.1 system comprised of Genelec speakers used as satellites with a matching sub bass component, while the fourth room featured two full-range Genelec speakers. 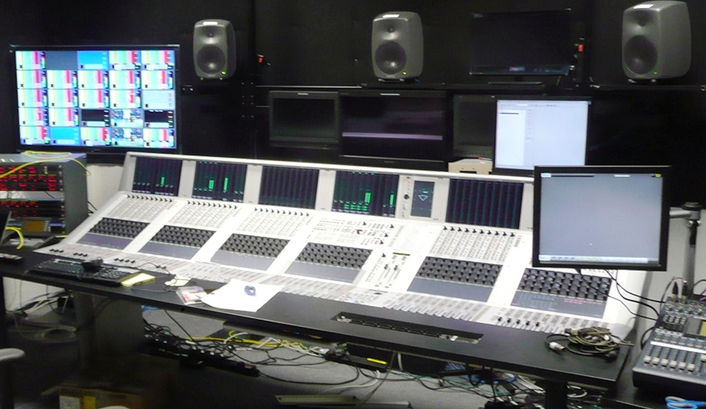 Peter clarifies why he specified a monitor system with DSP: “In temporary setups like these we normally have to make the best with what is provided. HHB arranged a demo of the Genelecs and then aligned them onsite for us. Previously we’ve put together a speaker control and management system ourselves, which can be challenging, so it was essential that we had properly aligned systems for London 2012.”

Genelec DSP systems are built on the Genelec 8000 series technology with the addition of a digital networking system, on-board DSP and the powerful automated loudspeaker system calibration - AutoCal.

HHB Sales Director Martin O’Donnell states: “The Genelec AutoCal feature is unique and enables the best possible loudspeaker reproduction in the most challenging of sound environments. Peter and his team did a fantastic job on the Olympics – we are very pleased that the Genelecs performed so well and delivered when it counted.”

AutoCal™ - Designed to Adapt
The power of DSP opened new possibilities for controlling the monitoring system. As Genelec had developed the Minimum Diffraction Enclosure™ for the 8000 Series, the logical extension was to continue from this acoustically solid foundation and develop the 8200/7200 Series DSP monitors and subwoofers, introduced in 2006. Extensive experience from hundreds and hundreds of on-site studio measurements had given us good understanding of the challenges of the varying listening environments.

The power of the DSP technology and in-house software development were harnessed to bring measurable benefits for the customers. The GLM™ – Genelec Loudspeaker Manager™ - software brings the entire DSP system together under PC and Mac computer network control. Together with AutoCal™ this system can match every speaker of a multichannel system, including subwoofers, with unprecedented accuracy to the listening environment in a few minutes. It is the most complete, versatile and easy to use automatic calibration system so far developed. It is like having a Genelec acoustical product specialist on hand any time you wish.

HHB Communications Ltd.
Founded in 1976 and located in London, HHB Communications is a global leader in the supply of professional audio technology. Serving in the broadcast, recording and media production sectors, HHB’s unique expertise is also recognised by major manufacturers and innovators, many of which have appointed the company as exclusive distributors of their products. The specialist division, Scrub, serves the needs of the television and film post production industry from premises in the heart of London’s Soho