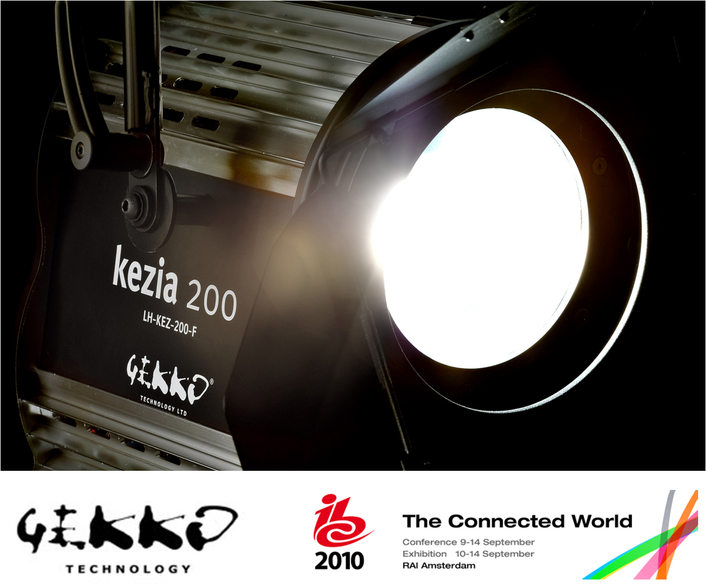 "The kezia 200F is optimised for use in film production or studio broadcast," comments Gekko's founder and Managing Director David Amphlett. "It allows precise adjustment between 2900 and 6500 degrees Kelvin including presets for selection of 2900, 3200, 4300, 5600 and 6500K via DMX or an optional rear panel. A built-in colour-feedback system ensures colour temperature remains constant when the light is dimmed, as ambient conditions change or as the unit ages.

Drawing less than 200 watts of power, the kezia 200F is comparable in output intensity with a 1 kW tungsten fixture. Besides being more economical in power consumption, the 200F generates far less heat than traditional lamps. Interchangeable optics provide beam angles of 20, 35, 60 or 80 degrees. Output intensity is 8300 lux at 1 metre, 1900 lux at 2 metres and 900 lux and 3 metres.

Model 200F joins the kezia 50E and F, and the 200E which were introduced in April at the NAB 2010 show, Las Vegas. All four models are based on Gekko's kleer colour LED technology which provides a very broad-spectrum of light with precisely controllable colour temperature. The kezia range is supported by a range of reflector options, honeycomb louvres, barn door accessories and diffusion gratings.