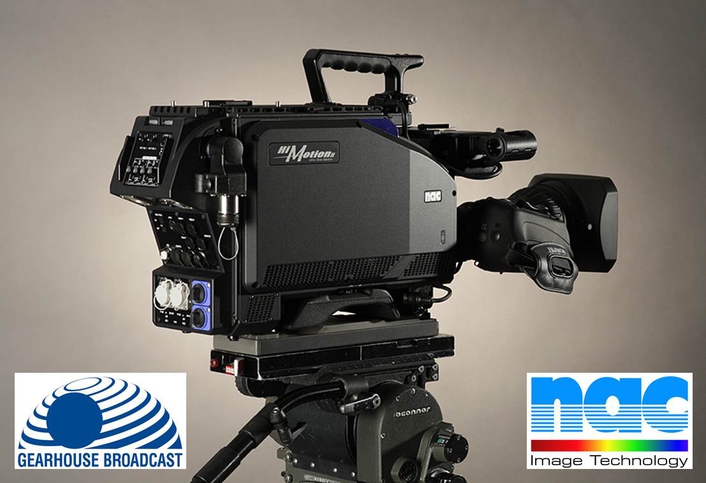 The purchase was driven to meet the demand from Gearhouse Broadcasts clients for forthcoming global sports events such as the European Football Championship, Tennis, Motor Racing and other major sporting events this summer.

The Australian Open Tennis Championship, which took place in Melbourne between 16 and 29 January 2012, marked the world's first use of the Hi-Motion II Camera in sports broadcasting.

“The camera was used extensively on the two main courts and delivered some exceptional slow motion action, enabling us to capture the dramatic court action at this year's tournament”.

“The new Hi-Motion II camera is a dual-format 1080i/720p system that can provide simultaneous output of live normal-speed video and ultra-slow-motion replay video.  The camera can work alongside other HD cameras to deliver the exceptional imagery today’s HDTV sports broadcasters and viewers demand”.

Andy Hayford, Nac Image Technology’s International Sales Manager commented “As I’ve traveled with the NAC Camera in Europe, Asia and the USA, the response to the Hi-Motion II™ is overwhelmingly positive!  Everyone from Engineering, VT and Production is ‘over the moon’ that the camera works straight out of the box and integrates like a normal camera – and the live and replay pictures are stunning!  It’s great to hear the positive response one of the Broadcasting Industry’s leading Facility and Rental Suppliers is getting to Hi-Motion II™ in Australia.  NAC look forward to working more with Gearhouse Broadcast in the future.”