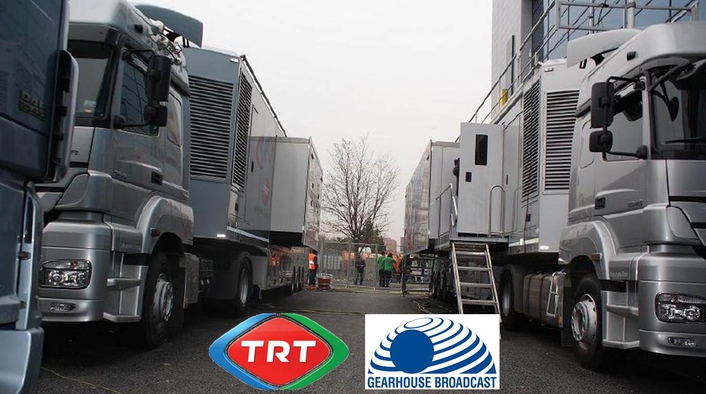 A competitive tender saw the London based broadcast solutions provider awarded the contract to supply two state-of the-art HD Outside Broadcast vans which are the most up to date and the largest HD OB units in Turkey.

The two custom built 13.95m long single expanding HD Outside Broadcast vans have the capacity for a production crew of sixteen and each climate controlled vehicle has a standalone 5.1 Audio Mixing Area, Production Gallery and Engineering Control Room.

Eamonn Dowdall, Managing Director at Gearhouse Broadcast said “We are delighted to have been selected by TRT to undertake the design and build of two new outside broadcast vans. This is a key project for our Systems Integration division and I believe we were selected for this project because of our proven and demonstrable experience in the provision of HD outside broadcast installations”.

About Turkish Radio and Television Corporation (TRT)
Appointed to make public broadcasting a single broadcaster TRT Turkey, reporting back to the people who care open, dynamic, productive, and most importantly to the principles of the republic, is committed to impartial broadcasting. TRT management and staff, as well as yesterday, today, within the framework of the principles of TRT, with the support of you tomorrow, will carry a greater success. Today TRT consists of 13 television channel, 6 national and 6 regional, 1 local, 2 international radio channels, over 35 languages and dialects trt.world.com trt.net.tr and broadcasting, teletext broadcast and "television", "Radyovizyon", "F1 Racing" and "TRT Child" magazines in Turkey and has been broadcast to the world.