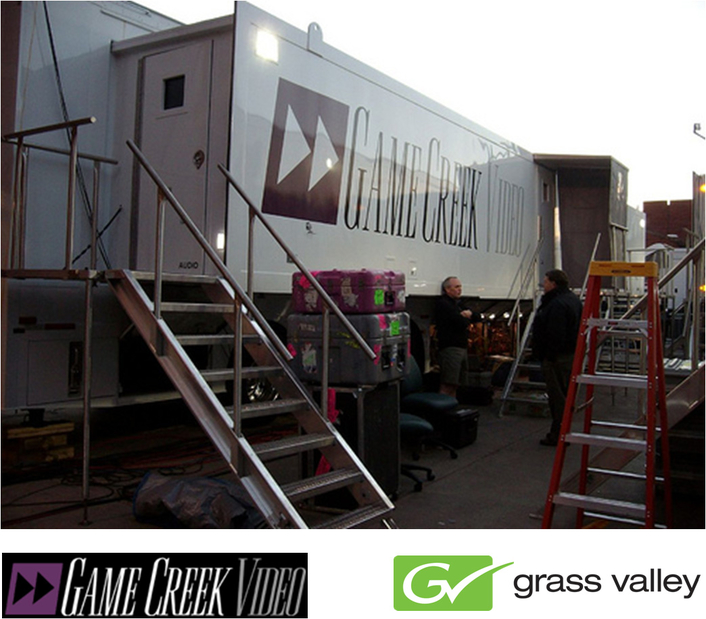 Game Creek has been using a Kayenne switcher successfully for about a year
For many years, veteran mobile production company Game Creek Video, based in Hudson, N.H., has trusted its most important projects to the latest high-definition video production switchers from Grass Valley™ to help its clients produce many of their high-profile live sporting events on television. With the purchase of several Kayenne™ Video Production Centers, Game Creek will continue to do so over the next four years for its new fleet of trucks.

The company is building two 3G-capable (1080p60) HD production trucks that will hit the road this year and, as a key component, will install Grass Valley Kayenne Video Production Centers on each. Game Creek has also committed to taking delivery of four additional Kayenne switchers for future truck projects, for a total of six Kayenne switchers.

The new trucks will be dedicated to supporting sports productions for both ESPN (“Larkspur”) and the YES Network (as yet unnamed)—home to Major League Baseball’s New York Yankees. The ESPN truck will be on the road at the end of July, while the YES Network truck will be completed and ready for action by the end of August in time for the 2010 MLB playoffs. 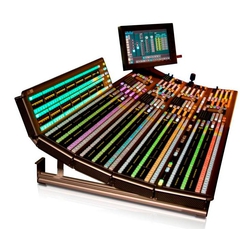 “Our crews like the layout and functionality of the Grass Valley Kayenne, so we have committed our scheduled new truck builds to this very powerful switcher platform,” said Pat Sullivan, President of Game Creek Video. “As productions become more and more complex, we recognize the value and flexibility of the Kayenne and how it can help our clients produce the most exciting shows on television.”

Game Creek has been using a Kayenne switcher successfully for about a year, having produced the 2009-2010 ABC Prime College Football game produced by ESPN with their “Liberty” truck and the 2009 - 2010 NFL A level game and the 2010 Daytona 500 in February for FOX Sports with its “Fox” HD rigs.

“Game Creek has a reputation for quality and has handled a number of the most watched sporting events with Grass Valley switchers,” said Jeff Rosica, Senior Vice President of Grass Valley. “Their past success with Grass Valley technologies has led to this significant agreement to install Kayenne switchers on board all of its largest and most sophisticated vehicles going forward. We’re pleased to support them as they grow.”

Initially, "Larkspur" will help ESPN televise “ESPN College GameDay.” The second truck will start out doing Yankees Baseball for the YES network and then move onto Post Season MLB and the World Series for the FOX network. Later it will begin producing NFL games for the NFL Network.

The Grass Valley Kayenne Video Production Center is a family of powerful, highly modular production switchers, with from 1.5 M/Es to 4.5 M/Es. It provides the most video processing power available with up to 30 keyers and 20 DPM effects channels in a 4.5 M/E system. Grass Valley’s DoubleTake™ split M/E technology effectively increases the available M/Es to 10. The modular control panel is designed for easy expansion and service. Each source select and aux bus module has two rows of OLED Source Name Displays that provide ultra-clear text with extremely wide viewing angles.

With a rich history serving the broadcast and professional video industries, the Grass Valley name is synonymous with innovation, leadership, and performance. With a full range of products and services supporting many of the world's most high-profile television events, Grass Valley offers the most comprehensive portfolio of flexible and cost-effective digital technologies and systems available. Customers deploying Grass Valley solutions include most of the world's leading broadcast and teleproduction facilities, independent video professionals, as well as emerging content creators and distributors providing broadband, telecommunications, and transmission services. When you’re watching news, sports, or entertainment programming, whether on a TV, the Web, or a mobile phone, you’re watching Grass Valley at work. For information about Grass Valley products, please visit