The Gadget Show returns to Channel 5 with ATEM Mini Pro 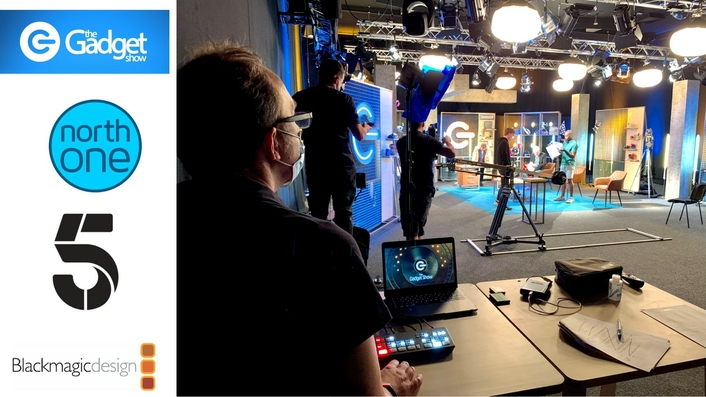 Blackmagic Design today announced that an ATEM Mini Pro has helped the latest series of The Gadget Show, produced by North One Television in Birmingham, to stay on air despite lockdown and social distancing challenges. Launched in 2004, The Gadget Show is a consumer technology focused television program, which uses studio links throughout each episode. In the UK, it’s broadcast on Channel 5 and is one of the longest running returnable series, providing news, reviews and incite to some of the latest innovations from the world of tech.

Series producer, Tim Wagg, explains: “When the government allowed TV production to start again in June, the team had only five days to get ready for a studio record. It was an incredibly tight turnaround especially considering we were all working remotely.”

He adds: “We’d normally have an OB truck, with up to 20 people on set, which had to be drastically reduced to maintain a safe and socially distant working environment. 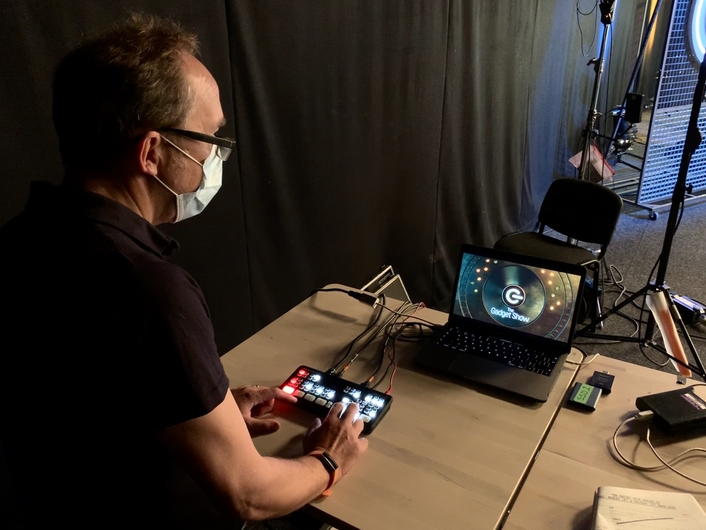 “A crucial part of The Gadget Show is for our presenters to react to the prerecorded segments (VTs) which have just been shown to viewers,” Tim continues. “So finding a way to bring these elements into the studio environment makes for a much more fluid program.

“We also find it useful during our news segments where content floats up on screen to bring a visual element to the conversation, something which would have required hours of work in post to superimpose the footage onto a blank TV screen.

“Without the luxury of our usual OB truck and crew, we had no way to drive this monitor cleanly, and we wanted an alternative solution that was portable, easy to use and affordable. We also needed HDMI connectivity.”

This is where the ATEM Mini Pro came in. “I have all the stings, graphics and VTs, loaded onto my MacBook, and by connecting this via HDMI to the ATEM Mini Pro, we have been able to throw content to the monitor seamlessly. We’ve also been able to use it to accommodate our ‘Wallop of the Week’ segment, which is hosted over Zoom.

“It seems simple,” he continues. “But without the ATEM Mini Pro, we would have struggled to implement such a fluid workflow. It has enabled us to continue to produce slick studio elements that go in line with the fast paced, conversational tone we like to set."

Adding: “Like a lot of the industry, COVID restrictions have presented a number of challenges, but as a production company we are well equipped to deal with them, thanks in part to manufacturers like Blackmagic Design.

“The feedback we got the week after we first broadcast was that you couldn’t notice anything had changed,” concludes Tim. “That’s a testament to the creativity and ingenuity of our entire production team.” 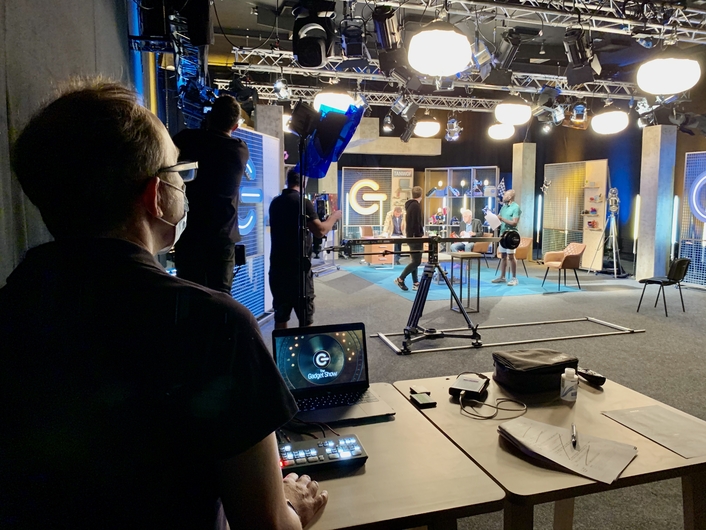