Innovative Set Designs Drive Storytelling For New Golf Lifestyle Network
BACK9NETWORK, the newly launched golf lifestyle network located in Hartford, Connecticut, is leading the way in how television studios are designed and integrated, with the help of FX Design Group and Hybrid TV.

BACK9NETWORK’s newly minted studios are a unique combination of “actual”and “virtual”sets that play a critical role in the network’s daily studio programming lineup, which includes “The Turn”(Noon, 3 & 7 PM ET), “Off Par (8 PM ET) and “The Clubhouse”(10 PM ET).

“We wanted our set design partner to understand the atmosphere we were looking for to provide a balance to both enhance our storytelling and yet present an environment that reflects our home in Hartford,”said Carlos Silva, President and COO of BACK9NETWORK.

Though FX started on initial designs in 2012, various challenges and changes cropped up throughout the process to meet the September 29, 2014 launch date.  Collectively FX and BACK9NETWORK decided that versatility and variety had to be key components in building a set to accommodate different elements, different talent, and quick turnarounds.  This resulted in designing and installing both a hard set and a virtual set. 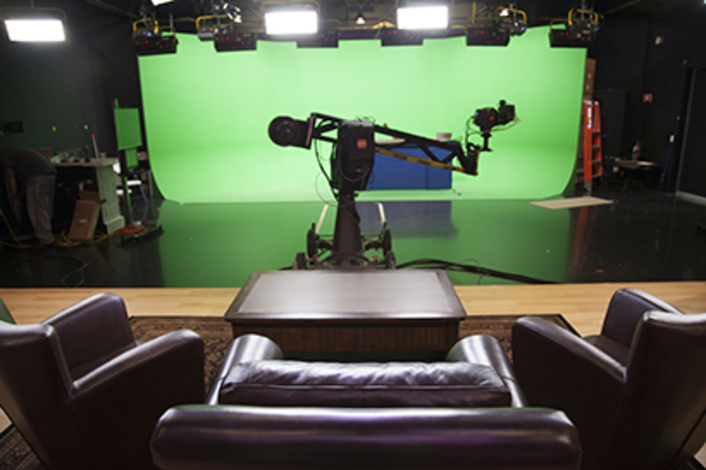 “The large set and the small set had a continuous theme,” said Kevin Vickers, FX Sr. Design Manager.  “The dark, rich woods, the rustic brick the lighting and reclaimed wood floors.  It’s all there.”

BACK9NETWORK is truly on the cutting edge of serving up fresh content in record speed, utilizing the virtual set.  To start, they launched three different daily programs, each requiring different on-set technology to deliver the story.  The solution had to be quick and sure-fire, as they have to turn the studio over in less than 30 minutes between some shows.  Because BACK9NETWORK opted to go with Hybrid’s camera robotics, as well as their Krypton system, BACK9NETWORK was able to produce their virtual content with “Zero Delay.”  Hybrid’s famed Zero Delay is something that no one else can presently deliver.

This particular configuration for BACK9NETWORK has three HD LDX cameras from Grass Valley, two of which are mounted on Hybrid’s robotic P/T/Z/F Titanium heads.  It also features Hybrid’s Chrome robotic jib, which offers six axes of movement and is controlled by Hybrid’s Cobalt control console. This system will be the exact system to be emulated in similar live, studio situations

“Through the many advancements in television production, it is evident that virtually created environments have gained acceptance from viewers.  Additionally, we found several efficiencies through such solutions, and it was a clear choice to implement such a design within our studio,” said Harry Goldberg, VP of Engineering and Operations of BACK9NETWORK.  “It’s a stunning integration and provides us with the opportunity to develop further environments around new programming in the future.”

“Working with BACK9NETWORK and FX was a major success from start to finish,”said Olivier Cohen Hybrid TV’s CEO.  “Because we have an end-to-end solution, from tracking to rendering engine, we were able to deliver a solution that allowed BACK9NETWORK’s challenging timeframe to be achieved.” 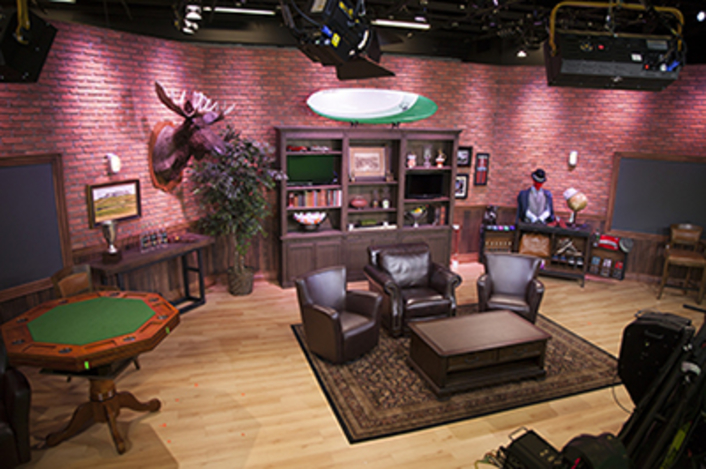 ABOUT BACK9NETWORK:
BACK9NETWORK is a golf lifestyle cable television network and media company based in Hartford, Connecticut.  BACK9NETWORK was developed as a complementary alternative to traditional media’s focus on professional golf tournament coverage.  Focused on compelling storytelling, interesting personalities, features and fashions, interviews and instruction, travel, gear and much more, fans of all kinds will want to hang with the BACK9NETWORK.  BACK9NETWORK.com, the online clubhouse for BACK9NETWORK, delivers a fresh perspective on the golf lifestyle and its worldwide influence.  BACK9NETWORK’S leadership includes respected and outspoken executives from the golf and media industries.

About Hybrid TV
Hybrid TV is a leading manufacturer of broadcast production technologies. The company’s mission is to develop solutions and products that allow the digital media market to produce value-added content within an integrated workflow. Our product range includes virtual studio and augmented reality solutions and broadcast robotic camera supports. Hybrid consistently develops new products and solutions that push the limits of content creation while providing a clear rationalization of costs.