Front and Center: Live At The Iridium Adopts Avid Everywhere to Bring Star Performances to Life 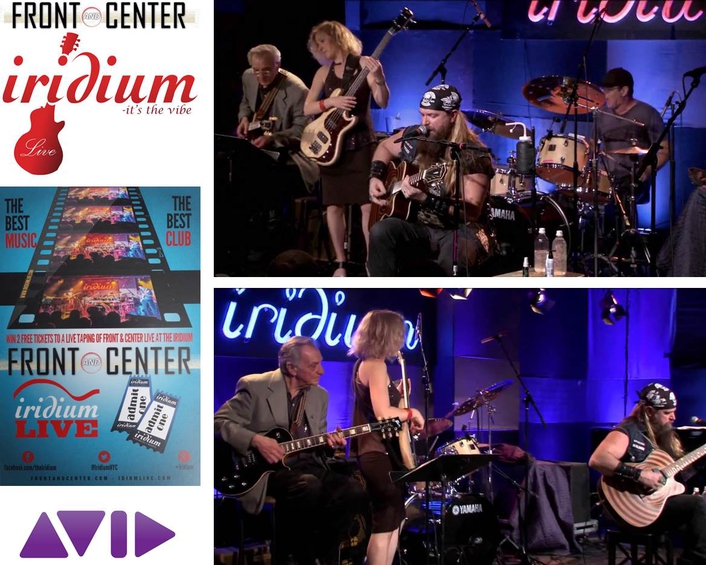 Avid announced that the famed Iridium Club in New York City’s Times Square, has embraced Avid Everywhere™ to help maintain the club’s intimate musical experience for one of the most critically-acclaimed live music shows on US television, public television's Front and Center: Live At TheIridium. The Iridium implemented an integrated, end-to-end workflow powered by the Avid MediaCentral Platform, with Avid Artist Suite creative tools for live sound production, and audio and video editing.

The Iridium crew realized that their old analog system was unable to meet the requirements for the Front and Center show, as well as the ever-expanding needs of their regular night shows. Rather than renting a system every time they had a shoot, the crew decided to explore the idea of replacing their system with a digital one that could handle their requirements. They selected the Avid VENUE | S3L-X System as their main front of house console and backup recording system, which works alongside their main Avid Pro Tools® | HD recording system, and the series is edited using Avid Media Composer® | Software.

A fully networked digital mixing system for live sound, the portable, modular nature of the S3L-X perfectly suits the intimate setting of the club. “The S3L-X fits our needs perfectly, from the small console footprint, to the very well thought out console design and feature set,” said Robin Lai, audio engineer and producer at the Iridium. “We installed it in one day and had it ready for the show that night. The first time I used the system it was up and running in less than 10 minutes. The overall sound quality has improved over our previous system. Even our staff commented on how much better it sounded.”

“To have the famed Iridium Club and the highly acclaimed Front and Center show implement an all-Avid workflow demonstrates the power of the integration between Avid Artist Suite solutions,” said Jeff Rosica, senior vice president, worldwide field operations, Avid. “The Avid MediaCentral Platform gives musicians and venues the speed and efficiency they need to produce the best sounding live performances.”

About Front and Center
Front and Center is the critically acclaimed concert series that was launched in the spring of 2012. The original one-hour, commercial-free, all-music program airs nationwide on public television. The concert series has presented an eclectic mix of Grammy, Country Music Association, American Music and Academy of Country Music Award winners, rock icons and multi-platinumsellers including Keith Urban, The Fray, Lady Antebellum, Cyndi Lauper, Train, Dierks Bentley, Jack Johnson, Counting Crows, Goo Goo Dolls and more.
Front and Center is a production of Front and Center Entertainment, LLC in association with WLIW21 for WNET, and distributed by American Public Television.

About Avid
Through Avid Everywhere™, Avid delivers the industry's most open, innovative and comprehensive media platform connecting content creation with collaboration, asset protection, distribution and consumption. Media organizations and creative professionals use Avid solutions to create the most listened to, most watched and most loved media in the world—from the most prestigious and award-winning feature films, to the most popular television shows, news programs and televised sporting events, as well as a majority of today’s most celebrated music recordings and live concerts. Industry leading solutions include Pro Tools®, Media Composer®, ISIS®, Interplay®, ProSet and RealSet, Maestro, PlayMaker, and Sibelius®.

The Iridium: Front and Center
Avid