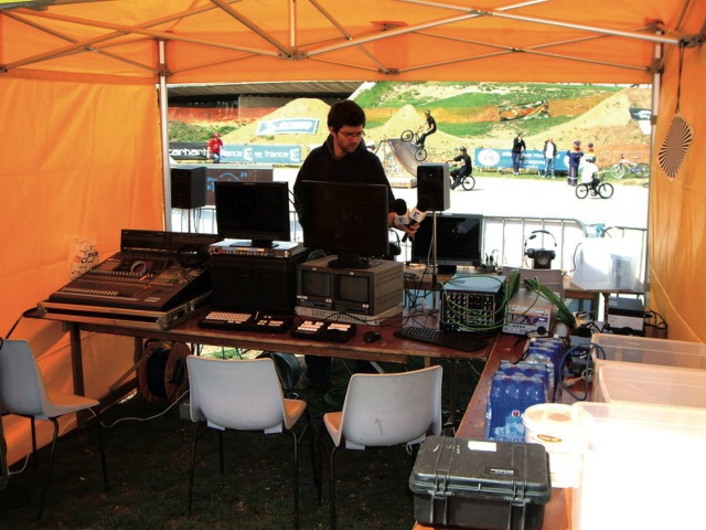 BORDEAUX - 3D Storm SARL - NewTek Europe, distributor of NewTek products in Europe, Africa and the Middle-East is pleased to announce that NewTek TriCaster™ portable live production system was chosen to produce and web stream the BMX French Cup contest “Roula3” held in the city of Troyes, France. The contest’s finals were live streamed on the TV channel’s website www.france3.fr. 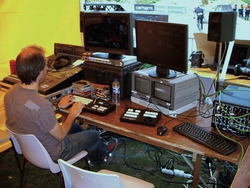 Equipped with NewTek TriCaster and TimeWarp™ slow motion and instant replay system, French TV channel France3 succeeded in bringing the best of the show live to web viewers without incurring the expenses and resources of a traditional live TV truck.
Thierry Pieszko, Director of France 3 Champagne-Ardenne said: "We were looking for a flexible and adapted solution for the production and live web streaming of this type of event. Practical, compact, TriCaster met our expectations. It brings together all the elements we need to broadcast the athletes’ performance, including image editing and slow motion replay, which is very important when covering a sport event like this one.”
The TriCaster technology and training were provided by VISUALDIS in the framework of a partnership between the company and the broadcaster. Bruno Leste, Sales Manager at Visualdis commented: “The flexibility and ergonomics of the user interface allows a fast handling, including for operators who are using this equipment for the first time”.
The BMX contest "Roula3", held on 7, 8 and 9 May at the City Bowl of Troyes, was attended by leading national and international pilots. One of the main objectives of the meeting was to introduce the audience to this structure to promote BMX practice and urban arts. Several disciplines were presented: BMX but also Flatland, break dancing, urban art and music.
With TriCaster, anyone can simultaneously produce, live stream, broadcast and project HD and SD network-style productions. A single operator or small team can create sophisticated productions, switching between multiple cameras, virtual inputs and live virtual sets, while inserting clips, titles and motion graphics with multi-channel effects. TriCaster is used by broadcasters, sports organizations, schools, houses of worship, government agencies and others to provide a new level of extended programming and content to their audiences.

A BMX bike or BMX is a bicycle which is used for both casual use and sport and is designed mainly for dirt and motocross cycling. "BMX" is the usual abbreviation for bicycle motocross. Freestyle BMX is the activity which consists in performing tricks and stunts on a BMX. It consists of five disciplines: "street," "park," "vert," "trails" or "dirt jumping," and "flatland." The BMX contest "Roula3", held on 7, 8 and 9 May in the city of Troyes was part of the BMX French Cup Series 2010.