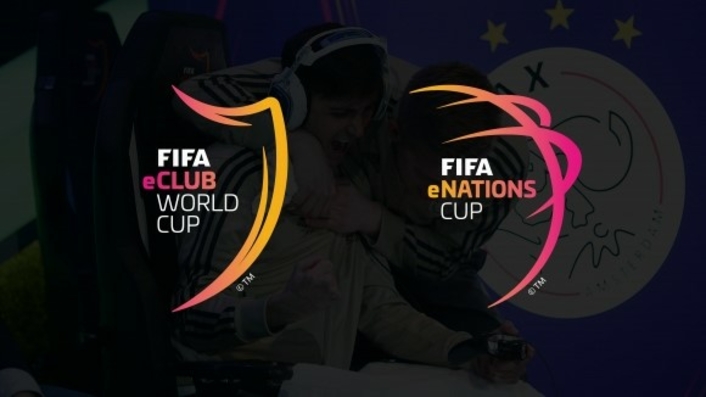 As part of the EA SPORTS FIFA 20 Global Series, which is anticipated to attract tens of millions of players from more than 60 countries online and at many live events, FIFA has confirmed the return of the FIFA eNations Cup™ and the FIFA eClub World Cup™.

The two events will be part of the nine-month competitive Road to the FIFA eWorld Cup™ 2020 which will also feature an increased number of tournaments to give even more competitors a path to the competition, and subsequently the amount of eSports broadcast content fans can enjoy. Players and teams can look forward to competing for a prize pool of at least $3 million across the EA SPORTS FIFA 20 Global Series tournaments.

Then, the top 32 competitors in the Rankings after the playoffs will advance to the FIFA eWorld Cup™ where the EA SPORTS FIFA 20 World Champion will be crowned. The FIFA eWorld Cup Grand Final, the pinnacle event of competitive FIFA, will take place in July 2020.

A total of eight major tournaments will provide competitors with the maximum amount of points ahead of the playoffs in order to qualify for the FIFA eWorld Cup at the end of the season. 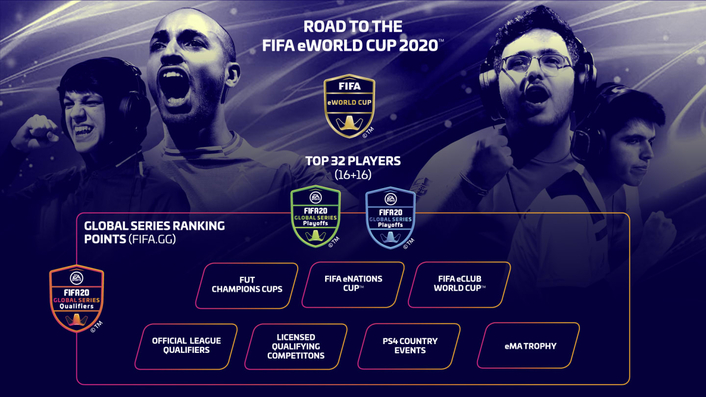 In addition to the six FUT Champions Cups organized by EA, along with official league qualifiers and licensed qualifying events, FIFA will once more host the FIFA eNations Cup and the FIFA eClub World Cup:

FIFA’s official club team competition is back for the fourth time and the world’s best teams in competitive FIFA will compete for the title, battling it out against rivals in a unique format including 1v1 and 2v2 matchups from 7 to 9 February

This year, FIFA is excited to introduce a new tiered online qualification over six-weeks - making this the biggest club team competition on the Road the FIFA eWorld Cup 2020.

The qualification phase will provide a team-based 1v1 qualification process for all clubs around the world. Interested teams are invited to register on HERE by 07 November 2019 until 2.30 PM Zurich time.

More information on the qualification format for the FIFA eClub World Cup 2020 can be found here.

With national pride and global glory at stake, FIFA’s official inter-nation competition will feature the world’s best nations in EA SPORTS FIFA 20 in its second edition after the inaugural event in 2019. The best national teams on the planet will represent their country in 2v2 matchups from 22 to 24 May.

All eligible nations will be able to create an official national team in order to take part in the qualification phase, offering players more opportunities to participate via domestic events.

Christian Volk, Director eFootball & Gaming at FIFA commented: "Representing a club and competing for national pride on the biggest stage is not only something truly special for the players but also drives huge excitement and emotions among fans, clubs and our member associations. Involving more clubs and more nations this year will result in the highest quality of team competitions we have ever seen.”

He added: “Teaming up with other world-class FIFA players will provide participants with a unique way to compete and will undoubtedly create season climaxes for competitors and spectators. We are looking forward to welcoming the world’s best EA SPORTS FIFA nations and clubs at our tournaments in 2020 and witnessing history together with them.”

The pinnacle event of the Global Series will take place in July 2020 where the EA SPORTS FIFA 20 champion will be crowned. The world’s best 32 FIFA players will go head-to-head at competitive FIFA’s biggest event and compete for the sport’s top prize.

The points allocation on the Road to the FIFA eWorld Cup 2020 and more information can be found here.