Fairlight for ARD and ZDF at the Olympics
German public broadcasters ARD and ZDF have commissioned system integration specialist Media Logic to provide technical services during their coverage of the forthcoming Olympic Games in Canadian Vancouver. 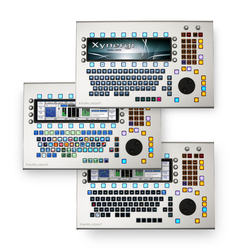 Both broadcasters will offer their viewers extensive coverage of the games and these reports will be produced on location in HD from the International Broadcast Centre, using ARD and ZDF’s Mobile Produktionseinheit (mobile production unit).

Media Logic, which is also Fairlight’s German distributor, is providing speech-editing equipment, including three audio workstations. The company, in conjunction with its partners, has spent the last seven months completing an extensive integration of sound-editing into the HD-compatible network and content-management solution, Avid ISIS – Interplay.

Audio editing is completely based on Fairlight technology and is surround compatible. The system allows a native playback of HD-formats directly from the Avid ISIS System. This assures a fast workflow for audio-editing without any format conversions, resulting in a direct path between more than twenty Avid video editing systems, audio editing and the broadcast transmission server - an ideal solution for time-critical reporting in sports. The associated video editing system, Avid Media Composer 3.5, has also been integrated and adapted for the specific workflow in Vancouver.

Commenting on the project, Media Logic Director Robert Trebus says: “We have worked with ARD and ZDF in the past, most notably during the 12th IAAF World Championships in Athletics berlin 2009 - the first time both broadcasters transmitted a major sporting event in HD. Fairlight’s audio editing equipment acquitted itself well on that occasion and we are confident that it will once again help ARD and ZDF deliver spectacular programming to their many viewers.”