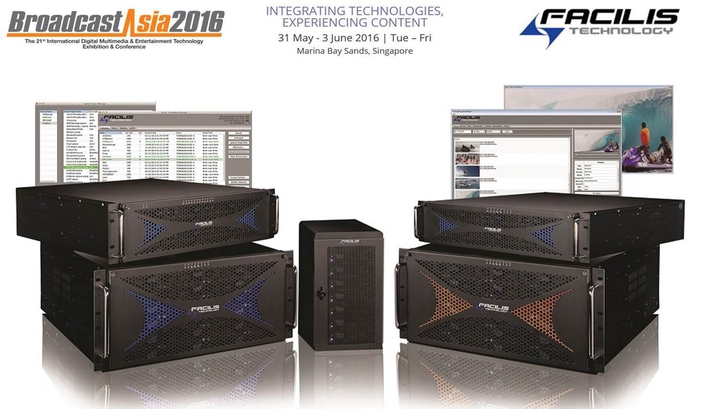 TerraBlock’s appeal comes from its combination of advanced technology, reliable & robust operations and a highly competitive pricing strategy. Earlier this year Facilis introduced its latest SSD (Solid State Drive) technology, which it has incorporated within the TerraBlock Hybrid24 and SSD8 products. While the integration of SSD technology significantly increases the available shared bandwidth for heavy 4K+ production workflows, it’s equally important to correctly and efficiently utilize SSD technology in a broadcast or post workflow.

By combining the best of traditional spinning disk technology with enterprise-class SDDs, a hybrid solution offers the best of both worlds and gives users the ability to dynamically assign volumes where performance matters most. Most importantly, users never have to waste valuable space on SSDs with persistent data, since spinning HDs in the same enclosure are used for automated offload and mirroring.

Capacity increases have also been announced across the model line, with substantially lower price points, making TerraBlock accessible to the broadest range of broadcast and corporate users.

Major contract wins in Hong Kong and Philippines
Broadcast Asia 2016 coincides with Facilis receiving several ground-breaking orders within the APAC region. The company recently received its first order from Hong Kong whilst another, secured in the Philippines in partnership with The Media Village, represents its largest ever TerraBlock order. Earlier this year, Philippines-based ABS-CBN Corporation iPost (Integrated Post Production) purchased four TerraBlock 24D Hybrid 24 systems, which have already been delivered and installed at the customer’s Quezon City-based post production facility.

The TerraBlock shared storage system is integrated alongside iPost’s content ingest facility to capture video feeds from other channels within the network and also from external sources. Eventually, the TerraBlock systems will be part of a larger central ingest system aimed to manage materials from acquisition to post production and delivery to in-house clients.

“We evaluated several other shared storage systems prior to making our decision and the Facilis TerraBlock out-performed all of its rivals,” commented Jessie Yamzon, the Head of Post Production at iPost. “Price and performance combined with its ease of maintenance were major factors that also led to the decision.”

2016 is a landmark year in Facilis’ growth and development. A clear sign of the company’s renewed hunger and ambition within the global market is its ambitious support for Broadcast Asia. “With new technologies and pricing structures we are targeting growth in many international markets including APAC,” commented Al Rao, VP Sales & Business Development at Facilis Technology. “Our recent wins are evidence of our growing appeal to the APAC regional broadcast market and we look forward to a busy show in Singapore.”

About Facilis Technology
Founded in 2003, Massachusetts-based Facilis Technology Inc. designs and builds affordable, high-capacity, turnkey shared storage and archiving solutions for post production and content creation professionals working in the film, television, education and audiovisual markets. Its production-proven solutions are fast and intuitive, making it easier for creative professional to collaborate and work more efficiently. Flexible, scalable and compatible with industry-standard creative solutions, Facilis’ products blend seamlessly into any studio environment – boutique, mid-sized or large – and have been installed in more than 2000 facilities worldwide.