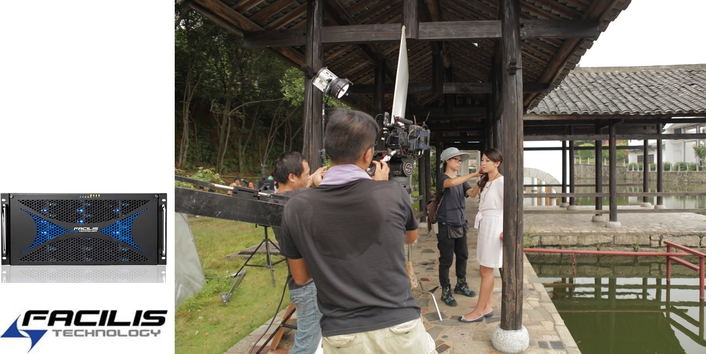 In both of these customer projects, the active support of local channel partners was an important factor. With ABS-CBN, the order was secured by Facilis working in partnership with local authorized reseller, Singapore and Philippines-based Media Village.

How the TerraBlock system supports the production facility’s network of 30 Avid Media Composer workstations working together collaboratively was specified and designed by Media Village’s expert team of workflow designers, “We evaluated several other shared storage systems prior to making our decision and the Facilis TerraBlock out-performed all of its rivals,” commented Jessie Yamzon, the Head of Post Production at iPost. “Price and performance combined with its ease of maintenance were major factors that also led to the decision.”

At FYSK, the input of Facilis’ newly acquired local channel partner was equally strategic. Central to this project is Pictures Planes, a Hong Kong-based systems integration specialist which has helped FYSK redesign, construct and commission the TV channel’s new IT and broadcast infrastructure, studio and production facilities.

Until recently, Pictures Planes was an Avid partner but now it has become a Facilis Channel Partner and it is experiencing significant interest for the TerraBlock product from many of its established customers. “We are impressed with TerraBlock,” commented Francis Yeung, Director of Product and Marketing, at Pictures Planes. “It is a flexible and stable shared storage system that is well suited to the dynamic and competitive Hong Kong market. We are optimistic of further major sales in the months to come.

Established in 2010, Powervision is a Satellite TV Channel with its own studio complex and play-out station based in Tiruvalla in Southern India’s Kerala State. The Powervision Channel is known for its Christian Devotional programs, which are broadcast 24/7 in over 100 countries throughout Asia, Australia, Europe and America.

Once again, an effective local channel partner was central to the project: Throughout this project, Facilis worked closely with its primary Indian channel partner, Wecom Global. Wecom Global was recruited by Powervision TV to consult and assist with the channel’s transition from tape to file-based workflows. The key drivers for this infrastructure upgrade were a need for increased speed, efficiency and productivity within their post production and producer approval procedures.

Wecom Global has been a Facilis authorized reseller for six years – as well as in India, the company has installed TerraBlock systems throughout the Middle East region, including at UAE state-owned broadcaster, Dubai Media Incorporated (DMI).

We have experienced a year of strong sales growth in the APAC region with new customers within the region,” commented Al Rao, VP Sales at Facilis Technology. “Working with like-minded resellers is central to our strategy. Companies like Media Village and WECOM Global are long-standing friends and colleagues, whilst persuading Picture Planes to partner with Facilis was a boost to our sales effort in the region. “