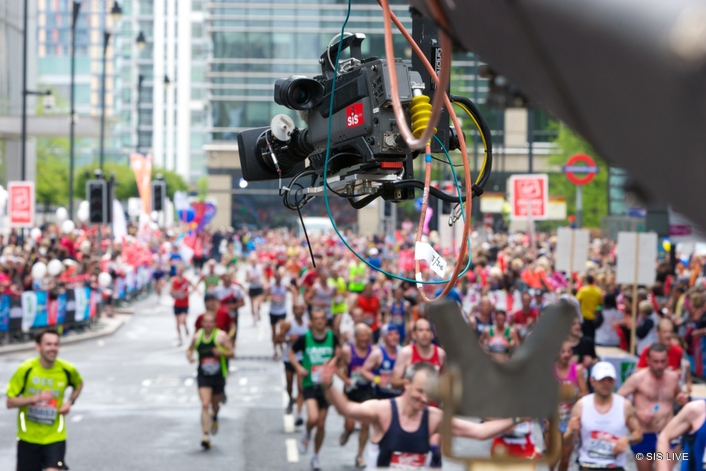 London Marathon by SIS LIVE
SIS LIVE, Europe's largest outside broadcast and uplink service provider, chose Eyeheight HD/SD colour correctors as part of the equipment infrastructure used in its coverage of the 30th London Marathon on Sunday April 25. The units were delivered for use at BBC Television Centre, each housed in a 1 U FP-9C chassis with integral control panel.

"The Eyeheight colour correctors were use to grade video from cameras on two motorcycles and two helicopters tracking the event," explains Geoff Layton of SIS LIVE's Special Cameras Department. "The equipment is both reliable and compact. Eyeheight's logical menu system makes operation straightforward which is very important during live coverage of major events. Although HD capable, they were used in SD mode for the Marathon."

A high-quality multi-definition digital colour corrector, Eyeheight's canalettoMDi is designed for use in 1080i and 720p HD-SDI television standards as well as 625i PAL and 525i NTSC SD. Integral HD-SDI/SDI autosensing enables the unit to switch automatically to the incoming feed. Input and output are both to 1.5 gigabit/s HD-SDI SMPTE-274 standard or SDI. Each R, G and B channel has individually controllable gain, lift and gamma together with overall hue correction.

An integral legaliser with automatic luma overshoot suppression and undershoot control ensures that canalettoMDi's output conforms fully to EBU R103-2000 at all colour correction settings. Programme-makers and broadcasters working to non-EBU standards can alternatively set legalisation levels to their specific regional standards. Full 10-bit processing is employed and six flash-RAM user memories are incorporated. The colour corrector is available in half or full rack-width configurations. Two units can optionally be accommodated in the full-rack width version.

The London Marathon has been held each spring since 1981. The race is currently sponsored by Virgin Money, as the Virgin London Marathon. In addition to being one of the top five international marathons run over the traditional distance of 42.195 km, the event is also a large celebratory sporting festival. According to the race organisers, it is now the largest annual fund-raising event in the world with the 2006 participants raising over £41.5 million for charity, bringing the total amount raised for charity by runners to a total of £315 million. In 2007, 78% of all runners raised money. In 2011 the official charity of the London Marathon will be Oxfam.

One of the world’s leading companies in the television broadcasting industry, SIS is the foremost supplier of television programming and data services to the UK and Ireland betting industry. The company’s broadcast business, SIS LIVE, has the largest satellite uplink fleet in Europe and is the largest outside broadcast provider in the UK. It offers a complete broadcasting solution from onsite outside broadcast facilities through to global distribution and IP provision. The company covers 100,000 hours of live events worldwide each year, including Formula One, The Wimbledon Championships, UEFA Champions League football and European Tour golf. It delivers approximately 80% of live news feeds across the UK. 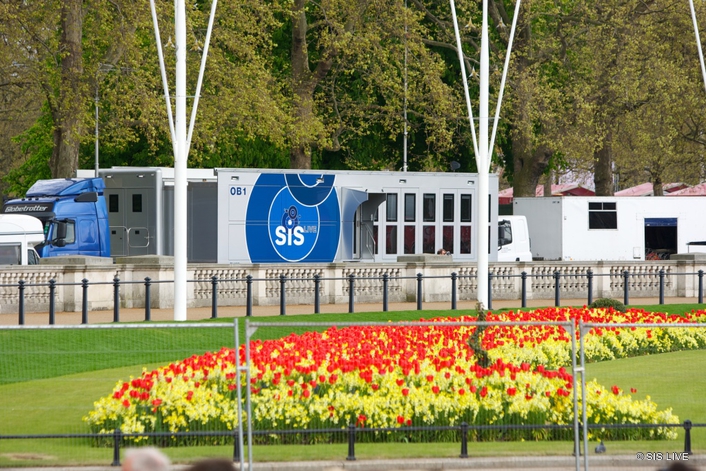