.
EVS extends its range of ultra and super-slow motion camera systems, which can be seamlessly controlled by its legendary LSM control panel. Ultra-motion cameras are currently engineered by three of the world’ leading video system manufacturers: NAC, Vision Research and Photron. Ultra-motion is used for sports broadcasting and combines the advantages of high frame rates with high-definition native resolution image quality. It allows users to capture from 150 to 2,500 frames per second and to replay them without delay.

EVS offers a bundle made up of the XT3 production server in combination with the X10 system from i-movix
Developed in partnership with I-MOVIX, the solution guarantees live continuous recording of up to 300 fps camera feed in full HD (600 fps in 720p) under LSM remote control during any live action. The U-motion offers the ability to continuously stream the X10 camera towards an XT3 production server (up to 38 hours of ‘always-on’ ultra motion now available on the EVS XT3 server) and instantly replay the Ultra Motion content at variable speeds. 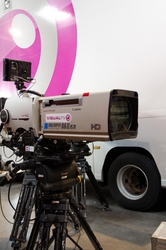 Previously, channel numbers on production servers were allowing Ultra Motion cameras to send only limited sequences to them. Now with its Dual Power technology, the new XT3 production server is able to continuously record content from the X10 camera and use it as a conventional HD camera while resting assured that no action need ever be missed. The solution smashes the performance records of existing super slow motion systems which are restricted to 3x slower than real-time (75fps).

The XT3 production server allows X10 camera streams which are converted to 10 feeds. They are then recorded in perfect synchronization on the XT3 which can store up to 38 Ultra Motion hours per server and instantly replay recorded content at variable speeds as well as make clips and playlists. 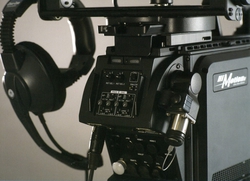 EVS Integration with ultra-motion cameras
The slowed-down footage from ultra-motion cameras is used as replay footage directly following an action or incident during a live broadcast. The quality of the footage and its detail is highly precise, providing opportunities for further review and analysis.

All existing HD XT-LSM production platforms, including the XT3,  now offer an ultra-motion control mode for their MulticamLSM. The new feature is fully integrated into all of the standard high-speed cameras for replay and slow-motion actions. 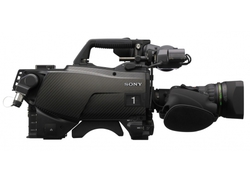 EVS maximises super-slow motion replays with new Sony 3G double-speed HD system camera support
The 2010 Emmy Awards® winning EVS HD SuperMotion Replay system is getting even more attractive for broadcasters with the extended support for the new Sony HDC2500 3G fiber system camera, which has double-speed acquisition function for very clear 2X slow motion. Due to the new 3G support of the new XT3 server, the 50 fps SDI feed generated by the 2X speed camera is recorded using one single REC channel of the server (as a single 3G link), and one single PLAY channel for instant Super Motion replays.

Designed for use by OB facilities on live events, Super Motion systems can output normal speed signals simultaneously for live feeds through separate digital signal processing, which in turn can be captured by EVS’ server for instant replays, clipping, highlight package assembly, and complete network access.

The increased temporal resolution obtained this way enables slow motion replays of unequaled smoothness. Individual frames are much sharper and suffer less from motion blur because of the shorter exposure time. Super Motion technology reveals exceptional detail to the viewing audience, detail that is invisible to the naked eye, thus enhancing emotion and visual impact – and all captured in a split second.

Multiple Configurations
During live operations, the EVS operator simply selects one of the Super Motion modes proposed by the MulticamLsm configuration software of the server. The XT server can be configured to support with up to two Super Motion Camera 3 phases. Super motion video comes in from the camera's base station on two or three parallel SDI links. The XT series server interleaves these two or three signals into a single picture flow.

SuperSlow Motion Replay
The Super Slow Motion Replay is controlled by the MulticamLSM remote controller used by the worldwide community of EVS operators. The operators can choose a replay speed of super motion clips which can vary from 0 to 100% just as with ordinary video. Normal clips and super motion material may co-reside in one system and can be mixed and wiped when in play-list mode. Using the Preview channel, the next replay can be cued while airing another one, seamlessly chaining different types of clips. Thanks to the unique networking capabilities of EVS XT series servers, any SuperMotion clips can be instantly shared and replays by other XT servers available on the XNet[2] High Bandwdith Media Sharing Network.