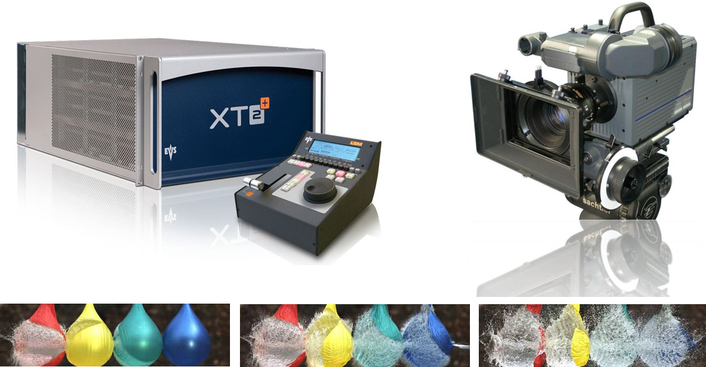 EVS is continuing to expand its live systems capabilities with the recent release of its Multicam 10.3 software package. The new solution will give XT[2]+ LSM full control over the Photron FASTCAM systems for instant UltraMotion replay in all live broadcast productions.

EVS XT[2]+ is the next generation of XT series servers, introduced in early 2010 along with a range of efficient multi-purpose controllers for live and near-live production. The LSM remote controller is currently used by over 6,000 certified operators worldwide for live broadcast operations such as slow-mo, super slow-mo replays, clip creation and live editing. This new development means that XT2+-LSM will manage the FASTCAM video signal input through one of its server channels, which in turn can be controlled by the LSM remote for instant replays.

Photron is a world leader in the development and manufacturing of high-speed digital imaging products. Its FASTCAM high-speed camera systems can record split-second phenomena at high frame rates, and then replay the event as a super slow motion movie.

Photron founded in 1974, is a world leader in the design and manufacturing of specialist high speed imaging processing systems and photo optical technologies for the automotive, industrial manufacturing, film and television, medical and military markets. Products include standard and high resolution high-speed cameras, software, and systems for R&D, commercial and defence-related motion image analysis applications. Photron products are marketed worldwide from its headquarters in Tokyo Japan and subsidiary companies in Europe and the USA.

EVS Broadcast Equipment is a leader in the design of hardware and software for the production and playout of sport, news and TV programs in both live and near live environments. Its innovative Live Slow Motion system revolutionized live broadcasting, and its instant tapeless technology is now widely used in nonlinear editing and High Definition Television the world over. The company sells its branded products in over 70 countries and is capable of providing services in any region. EVS is headquartered in Belgium and has offices in Europe, the Middle East, Asia and North America.