Every Bit You Share via KVM is a Saving 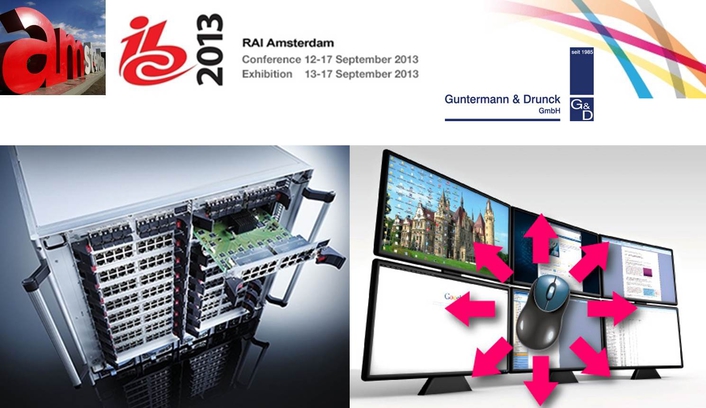 G&D invites all visitors to stand B60 in hall 4
Every year, IBC is the forerunner of new technologies and innovations. Nevertheless, with all the fast-paced changes, companies have to consider their investments wisely. For managing those balancing acts, companies need experience, innovative capacities and cost awareness. German Guntermann & Drunck GmbH knows how to manage these aspects from a KVM perspective. With the new ControlCenter-Digital, they’ve added yet another high-quality matrix switch to their broad range of KVM solutions.

Every bit you share
Every bit you share, and here, we are talking about bits in a technical way, means savings on the other side. And that’s one of the most fundamental approaches of KVM. KVM is short for Keyboard, Video, and Mouse and refers to the according computer interfaces. KVM devices are connected to these – and other – interfaces from where they extend or switch computer signals. This way, programs, capacities and data of computers can be stored and used by many distributed users.

At this year’s IBC, German Guntermann & Drunck GmbH will present the advanced ControlCenter-Digital. The modular KVM matrix switch allows users to operate up to thousands of computers over hundreds of simultaneous consoles consisting of keyboard, monitor and mouse – even over long distances. Thanks to the ControlCenter-Digital’s modularity, all parts of the matrix can be easily replaced.

Going beyond borders
To enjoy the ControlCenter-Digital’s many advanced modules and features, the existing KVM hardware of Guntermann & Drunck’s already established DVICenter systems can be used as a basis. Numerous new features like the integration of fibre transmission will be presented to the IBC audience. And even restrictions on the transmitting distance are no longer an issue. Thanks to fibre optics, users and computers can be placed up to 10,000 m apart from each other. With an according module, VGA and DisplayPort can be easily integrated in the system, too.

Making lives easier
With their KVM solutions, Guntermann & Drunck have always aimed at improving people’s lives: the lives of integrators, the lives of users, the lives of people in charge of the security of IT installations and, last but not least, the lives of finance managers who are concerned about the return on investment of a safe investment. 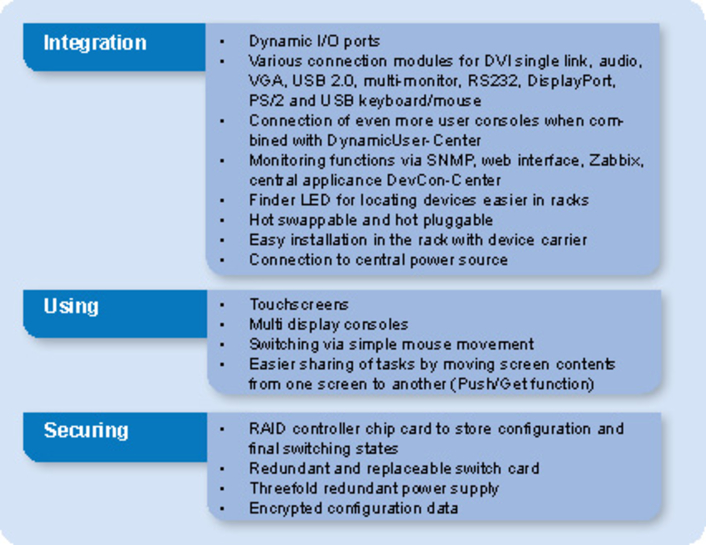 Innovation requires cost awareness
Anyone who’s speaking of innovation must also mention the costs. Every innovation, every new hardware, every new software requires an investment. When investing in IT equipment, it is essential to trust in the manufacturer and supplier. Another aspect that’s extremely important to Guntermann & Drunck.

KVM save the Queen’s Day
Beyond Switching and Extending
The Production Facilities...A Confederations Cup 2013