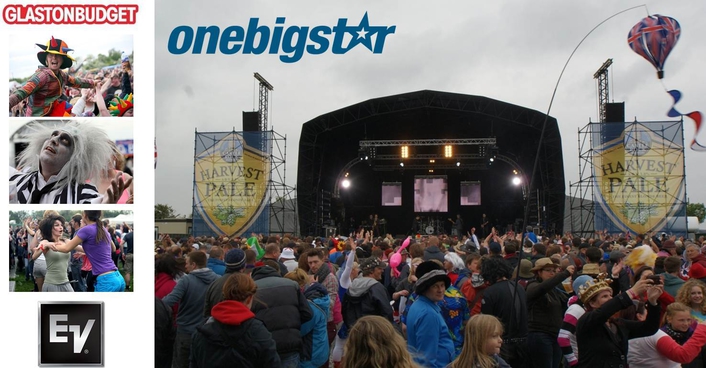 Production company OneBigStar relied on Electro-Voice and DYNACORD equipment for sound reinforcement
Staged annually at Turnpost Farm, the Glastonbudget Festival is Europe’s largest and best-known festival for tribute acts. Every year, around 9,000 fans make the pilgrimage to the farm in the East Midlands between Leicester and Nottingham for the three-day event.

There they are regaled by talented and often astoundingly authentic-sounding clones of Bryan Adams, Queen, David Bowie, Michael Jackson and other top acts. Since its inception in 2005, the festival has also established itself as an attractive platform for up-and-coming acts in other genres.

As in previous years, the 2012 organizers commissioned OneBigStar of Nottingham to implement the sound, video and lighting solutions for the event. “With 160 bands over the three days, we had our hands full,” says Simon Taylor, OneBigStar’s Commercial Director, “so we needed a sound system that would sound great, was utterly reliable and offered a high degree of flexibility.”

The system featured inter alia XLC line array elements, Xsubs and TG amps from Electro-Voice
For this reason, on Main Stage One the team from OneBigStar opted for Electro-Voice XLC line array elements and Xsubs driven by Electro-Voice TG amps. Powerful and high-quality sound reinforcement was provided by two hangs to the left and right of the stage, each comprising 12 XLC elements and 19 Xsubs. To ensure homogeneous coverage throughout the audience area, OneBigStar erected an 11-metre delay tower armed with 12 XLCs and six Xsubs. 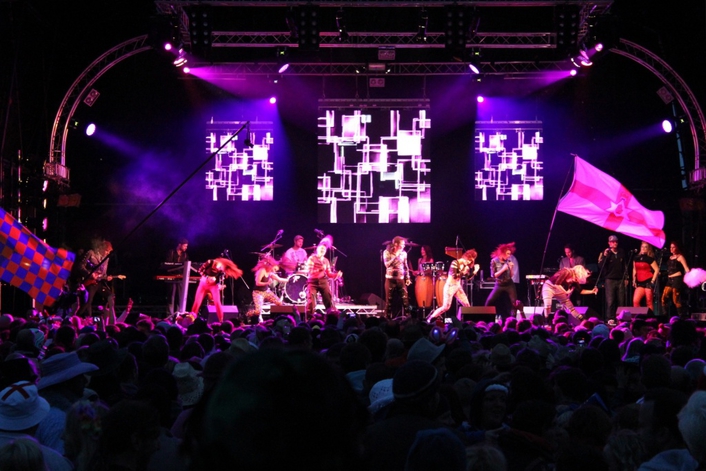 The system was completed by six Electro-Voice XLE elements providing front fill, a DYNACORD XA2 providing side fill, 16 Xw15A two-way monitors for the foldback, and a QRx 218 subwoofer to enhance the low frequency reproduction of the drums. The entire system was driven by 26 TG7 and 10 TG5 power amplifiers from Electro-Voice. On Main Stage Two, Taylor and his team again opted for a blend of Electro-Voice and DYNACORD components, including four DYNACORD Cobra-4 Top, four DYNACORD Cobra-4 Far, eight COBRA-PWH and four DYNACORD Sub 28 enclosures, 12 CXM 15 monitors and, again, Tour Grade power amplifiers from EV. 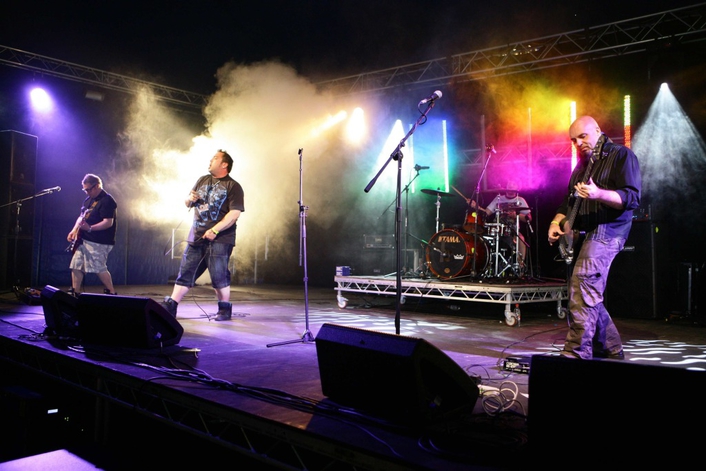 “The solutions we adopted had to cover a wide spectrum of genres, from acoustic music to swing and techno,” explains Taylor. “They passed the test with flying colours. The combination of XLC and Xsub enclosures on Main Stage One sounded just fantastic, and so did the COBRA-4 system serving Main Stage Two.”