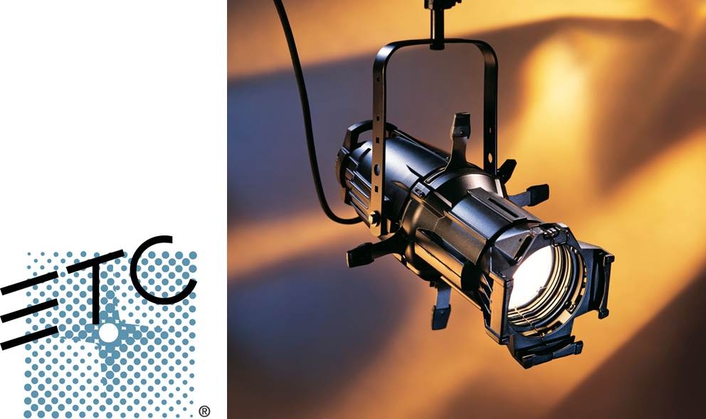 The Source Four ‘classic’ incandescent spotlight will be 20 years old in autumn
“Is this magic?” asked a magazine reviewer rhetorically in 1993, speaking of a new spotlight that was nearly twice as efficient as any other on the market. The luminaire’s groundbreaking technology in optics and energy savings would set a new industry standard for stage lighting, and launch the brand of lights known as Source Fours.

That’s because three million Source Four fixtures are out there, in theatres, TV studios, museums, opera houses, school and universities, and everywhere in between.

The Source Four ‘classic’ incandescent spotlight will be 20 years old in autumn. Introduced at the 1992 LDI tradeshow and sweeping that year’s product awards, the fixture is now a mainstay of conventional lighting in rigs everywhere.

“For lighting designers, the Source Four has almost become a photometrics reference point, a unit of light,” says ETC’s David Lincecum. “They know how much light they’ll get from the first electric, and that’s a shared language of light output.”

This year ETC introduced a much anticipated and well received LED version of its classic spotlight – combining the advantages of the revered Source Four optics with the colour system and further energy efficiencies of an ETC Selador LED luminaire. A rig of these was recently employed in the temporary London studio of France TV Sport for the Olympics. (Lincecum adds that the ‘three million shipped’ number does not include the thousands of Source Four LEDs sold since their introduction earlier this year.)

The success of the Source Four line lies in its adaptation and evolution, says ETC CEO Fred Foster: “We upgrade these tools in the lighting professionals’ toolbox and we invent new ones as new technologies emerge, so that for any lighting design need, there’s the right Source Four in the toolbox.”