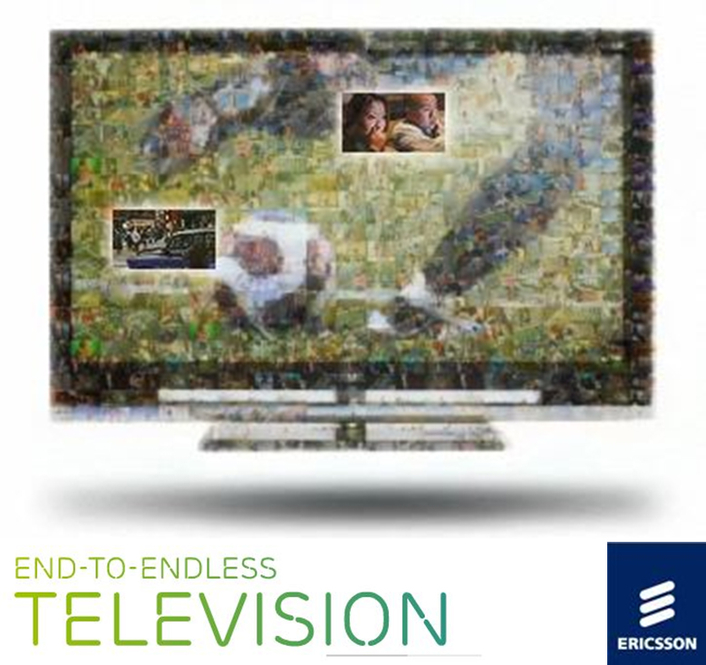 Internet-based on-demand viewing continues to grow
Ericsson (NASDAQ:ERIC) ConsumerLab has released the results of its annual study “TV & Video Consumer Trend Report 2011,” showing  that people are spending slightly less time watching scheduled broadcast TV, and that they are spending more time watching streamed on-demand TV online. More than 44 (38) percent of the respondents reported watching internet-based on-demand TV more than once per week, while about 80 percent watch broadcast TV more than once per week.

Data was collected in Australia, Austria, Brazil, China, Germany, the Netherlands, Russia, Spain, Sweden, Taiwan, the UK, the US and South Korea. In all, 22 qualitative and 13,000 quantitative interviews were conducted representing almost 400 million consumers.

Anders Erlandsson, Senior Advisor at Ericsson ConsumerLab, says: “On-demand viewing is increasingly popular, while broadcast viewing has remained as the most common way for people to watch TV. People want both broadcast and on-demand viewing to be available. TV and video have not been negatively affected by the internet in the same way that print has; we just watch TV in many more ways than we did before.” 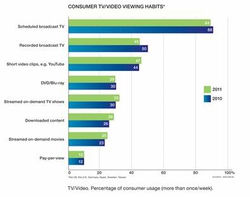 The study also shows that social media usage has impacted the way we watch TV. More than 40 percent of the respondents reported using social media on various devices such as smartphones and tablets while watching TV.

“Our in-depth interviews – especially those in the US, which is a frontrunner in TV/video consumer trends – show how social media usage is impacting viewing. The majority of families combined TV viewing with the use of Twitter, Facebook, texting, voice calls and forum discussions about what they watched. This is particularly the case when watching reality shows and sports. This communication adds another dimension to the TV experience, as consumers found an annoying reality show funnier when they were able to comment on social media about ‘terrible’ singers, ‘ugly’ clothing or when your favorite team scores a goal,” Erlandsson says.

In terms of what consumers want most from their TVs, good quality remains the top factor and is more important than, for example, the availability of 3D TV and access to applications. The service consumers are most willing to pay for is getting fresh Box Office movies, that still run at the movie theaters, directly to the TV. 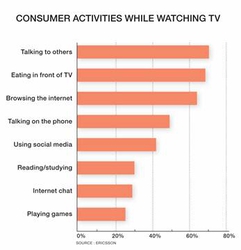 Ericsson ConsumerLab’s trend reports focus on how consumers act and what they think about telecom and TV products and services, helping operators to understand their subscribers and develop attractive revenue-generating strategies.

Ericsson will exhibit at IBC in Amsterdam September 9-13, stand 1.D61.