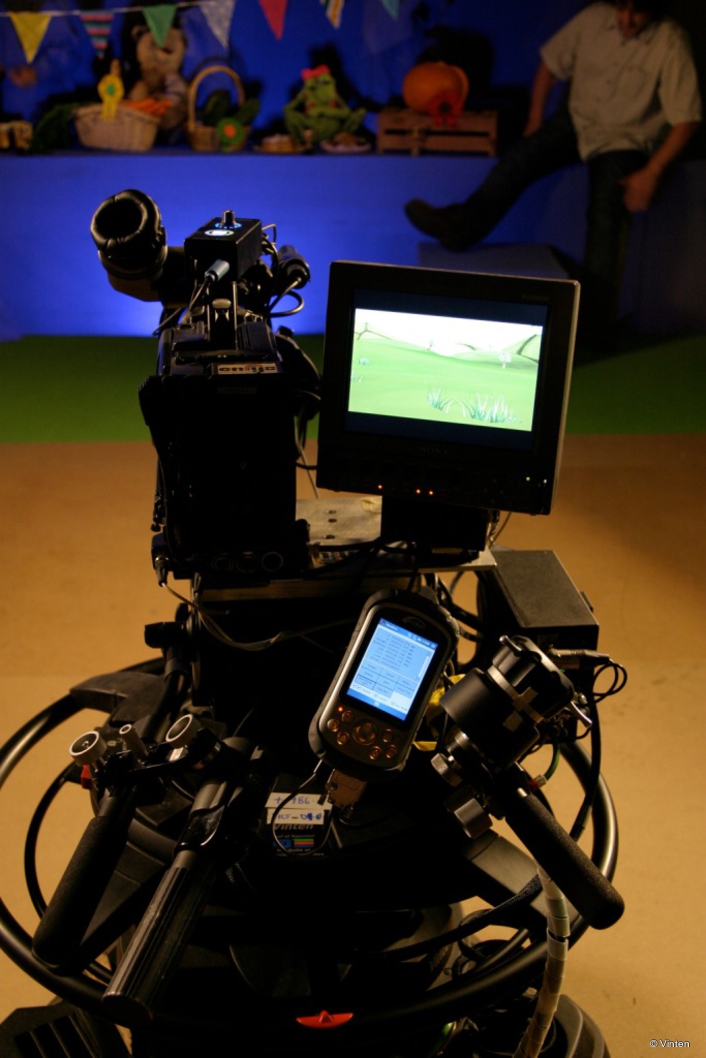 Vision 250E head at Enfys Studios
Vinten Radamec, a Vitec Group brand, has supplied a Quattro SE pedestal with a Vision 250E head to Enfys Studios in Cardiff. The Quattro SE and 250E combination is specifically designed for work in conjunction with virtual environments, feeding high precision camera positioning detail to the graphics system to enable moves to be perfectly synchronised.

We can key them out with the virtual environment

The new system was first used for Yn Yr Ardd (In the Garden), a pre-school series produced in HD by Flic Films for S4C. “The programmes create a magical world with an actor interacting freely with a number of animal puppets, all in a virtual world,” explained producer Sioned Eleri. “Our puppeteers are dressed in suits of Reflecmedia material, like the background, so we can key them out with the virtual environment. The freedom of movement we get from the new pedestal means we can make the action much more natural.”

The Quattro SE pedestal and Vision 250E head are designed to work together under manual operation, but with very high precision positioning information delivered to the graphics system. The pedestal is free to move around the studio floor, calculating its position from an unobtrusive L-shaped marker on the floor. This requires minimal alignment time and does not impose any constraints on the set designer or the camera operator.

The set-up is very quick

“The set-up is very quick: you just run the pedestal over the target a couple of times and it is aligned – very easy and very accurate,” said Alwyn Roberts, managing director of Enfys Studios. “It handles just like any other top quality Vinten pedestal, and you very quickly forget that the background is virtual.

“The positioning output, in any direction, is accurate to fractions of a millimetre and fractions of a degree,” he added. “The virtual system we were using had a latency of only about six frames, and you very quickly adjusted to that so it worked like a conventional studio. I can see plenty of other applications for it, like election presenters working within a graphical environment. And because the only reference it needs is the simple mark on the studio floor you can take it and set it up anywhere.

Andrew Butler, product manager at Vinten Radamec added “Virtual environments are really coming into their own, with the graphics technology now available on affordable systems. But it is important to pair it with camera support systems which can provide extremely high resolution position data, also at an affordable price.

“We are delighted that Enfys recognised the benefits of the Quattro SE and 250E combination: fast to set up, extremely accurate over a long shooting day, and available at the right price point. The result is that Welsh children will be captivated by the magic of Yn Yr Ardd – the first of many virtual productions from this busy studio.”