Electro-Voice in the Byscenen in Trondheim 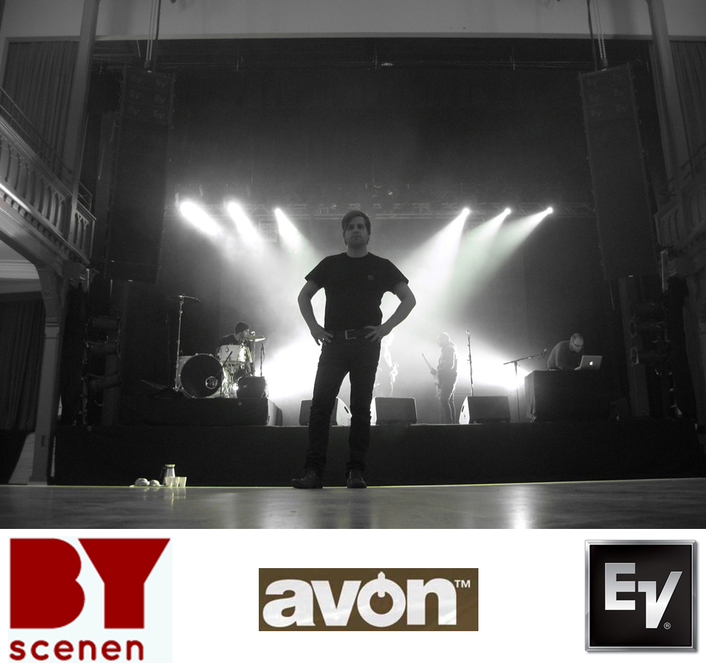 • The Byscenen in Trondheim is one of the most renowned venues in Norway
• The Technical Director of the theatre, Thomas Denstad, described the system as ‘wonderfully versatile’

First opened in 1878, the Byscenen in Trondheim is as much a part of the cultural landscape of Norway as the fjords are of its coastline. Of course, given its antiquity, extensive rebuilding and renovation work has been necessary from time to time to allow it to compete successfully against newer venues. The latest round of refurbishments saw the standing room capacity of the theatre actually reduced from 1,500 to 600. Small but exquisite, that’s the watchword, as exemplified also by the sound reinforcement system newly installed there by avon a|s: an XLD compact line-array system from Electro-Voice. 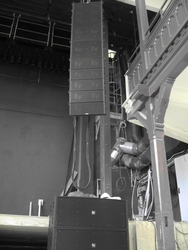 The sound system in the Byscenen now includes six EV XLD281, ten EV XLD291 and four EV XCS312 (subs) as well as four Xsubs, driven by ten EV TG7 amplifiers and controlled using IRISNet software. “I love the versatility of the XLD,” comments Thomas Denstad, the Byscenen’s Technical Director. “We have, for example, two flown subs per side. This means that for shows that do not require an immense amount of low-end pressure, I can dispense altogether with the Xsubs.” A system which is “flexible in terms of configuration and versatile in performance”, said Denstad and he continued: “Here we pesent virtually all musical genres, from the classics to punk and even mainstream rock. The XLD masters absolutely everything.” 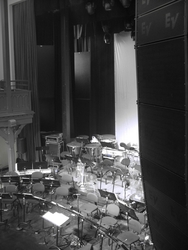 This assessment is corroborated by the feedback Denstad has been receiving in the last few weeks from guest acts: “Jace Everett, Hanne Bol and most recently the Savage Rose are miles apart musically, yet all were singing from the same song sheet where the XLD was concerned: unanimous in their enthusiasm for the new system.” But the baptism of fire isn’t quite over yet: on 8th September, an apparition of the legendary Misfits,”the progenitors of the horror punk subgenre” (as Wiki calls them), is expected in the venerable surroundings of the Byscenen Theatre; though by now Denstad has every cause to be confident that their verdict will be no different from that of the other acts.