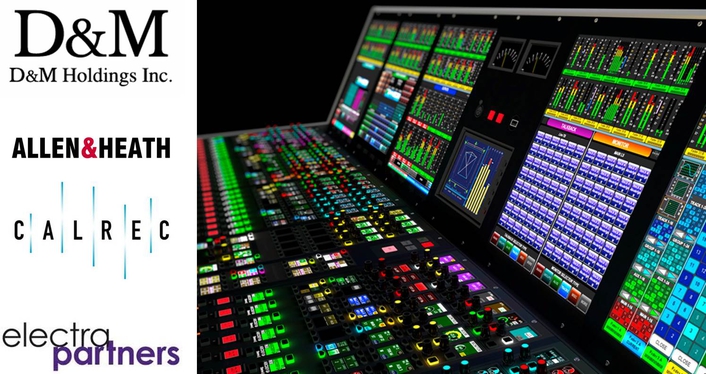 Celebrating its 50th anniversary, Calrec Audio is dedicated to excellence in audio mixing for on-air and live production
TWO electronics companies with their roots in the Swinging Sixties are again to be fused together in a deal by investment firm Electra Partners.

Last year Electra bought Allen & Heath (from D&M Holdings), which started making mixing desks for musicians in 1969 for bands like Pink Floyd and The Who and now supplies equipment used by acts including Adele and Rita Ora.

It has now paid £14million for Calrec (to D&M Holdings), which was formed in 1964 and supplies audio mixing consoles used by TV and radio broadcasters including the BBC, Sky and Al Jazeera.

This is a relatively low valuation for Calrec Audio, which according to public records made an after-tax profit of $4.73m on revenue of $29.33m for the fiscal year ended March 31 2013.

Calrec’s products are primarily used for sports broadcasts and other live events. Its products are arguably the de-facto standard in the sports truck market, particularly in the United States.  Many broadcasters used the company’s products at the recent Sochi Olympics. For example, NBC Universal used five Calrec Artemis consoles in Sochi. In addition to BBC, Sky and Al Jazeera Calrec customers include CBS, Gamecreek, NEP, NBC, NTV+, Ostankino and others.

The seller was consumer audio specialist D&M Holdings, which acquired Calrec Audio in 2007 for an undisclosed amount.

This is the second deal between D&M Holdings and Electra Partners within one year. In June 2013, D&M sold audio specialist Allen & Heath to Electra for £43m. D&M acquired Allen & Heath in 2006 from Growth Capital Partners for £15m.

"Part of our investment strategy when investing in Allen & Heath was to acquire additional businesses in the audio sector in order to create a group of market leading professional audio mixing brands,” said Electra’s Investment Partner Charles Elkington. “We look forward to working with Roger Henderson and his team to continue to invest in developing new products for Calrec’s customers.”

“We are excited to be working with Electra Partners as we continue to develop our business into more international markets,” said Calrec Managing Director Roger Henderson.

Having now sold both Calrec and Allen & Heath to Electra Partners, D&M Holdings has effectively exited the professional broadcast market.  D&M is best known for its consumer brands, which include Boston Acoustics, Denon, and Marantz.

Allen & Heath consoles are used by musicians and DJs and are installed in studios, clubs and churches. Calrec is a market leader in the UK, US and Japan, specialising in sports broadcasts and live events which are mainly covered with mobile production units.

Electra investment partner Charles Elkington said: “Part of our investment strategy when investing in A&H was to acquire additional businesses in the sector in order to create a group of market leading professional audio mixing brands.”