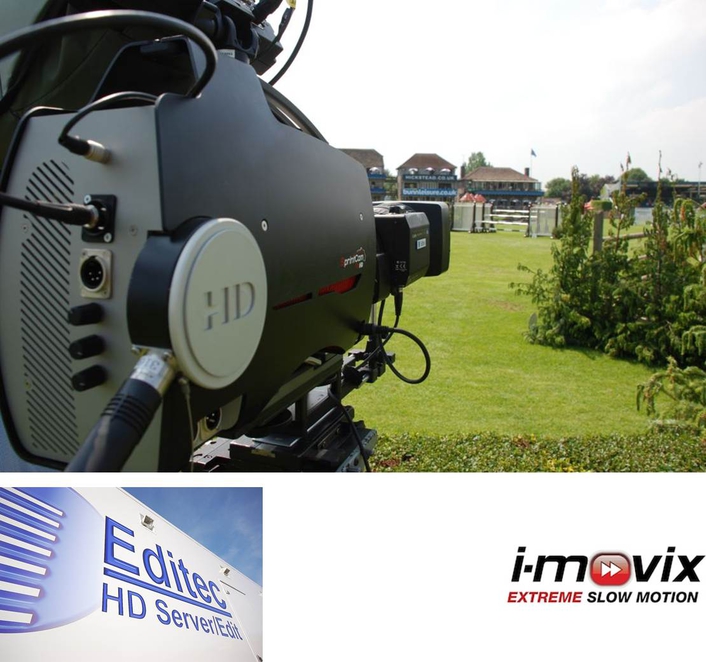 Editec has supplied SprintCam systems to broadcasters in the U.K. since the product line was launched in 2008, working with key players on ultra-slow motion coverage of events in the U.K. and Europe including darts, Formula 1 racing, Hickstead show jumping, boxing, Premiere League football, the Heineken Cup and international rugby, Cartier Polo Finals, and the Red Bull Air Race.

Steve Cotterill, managing director of Editec, said, "Since taking delivery of our first SprintCam systems in 2008, we've used them in a wide range of conditions and for events as varied as equestrian sports, athletics, speedway, and hip-hop dancing — all with great success. This latest order is a response to sharply rising demand as broadcasters have seen what SprintCam is capable of. Technically the system has performed well — it is truly a 'plug and play' device. Tally and full talkback facilities and dual outputs (live/replay) enable the camera to be used live at any time, and a senior vision engineer was recently heard stating 'this is the best picture quality I have ever seen from a high-speed camera.'"

SprintCam systems are renowned for their outstanding quality, performance, and usability in live broadcasting, delivering an unprecedented level of convenience and creativity in ultra-slow-motion action. The latest addition to the SprintCam range, the Phantom®-powered SprintCam Vvs HD, raises the industry ultra-slow-motion performance bar yet again by operating at frame rates up to 2,700 fps in 1080i50 or up to 5,800 fps in 720p60 (more than 200 times slower than live action), with instant replay at native HD resolution and image quality.

"As one of the early adopters of the SprintCam system, Editec has played a key role in developing the U.K. market for ultra-slow motion, and the company has been instrumental in helping U.K. broadcasters stay at the forefront of this creative new way of presenting sports and other fast-moving action," said Laurent Renard, CEO, I-MOVIX.

Editec offers the SprintCam system in the U.K., with full hire and support service.