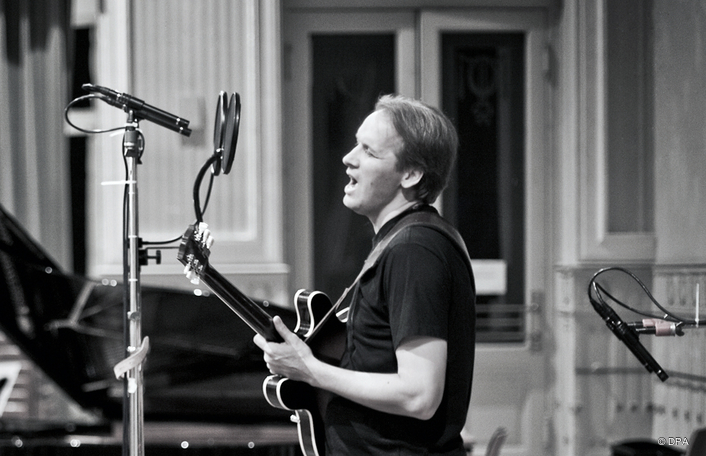 The session, at the Jugendstiltheater in Heis’s adopted home of Vienna, saw six DPA 4011 cardioid mics being used for stereo recordings. Two were used for Rick’s vocals, two for his guitar amp and two for bass player Georg Straka, a member of the Vienna Philharmonic Orchestra. In addition, a pair of DPA 4006 omnidirectional mics were used for a stereo recording of pianist Michael Rot’s Steinway model B.

After many years of singing and playing guitar, Heis made the discovery that he was a baritone, not a tenor as a music teacher had told him. This discovery revitalized his musical career and Caught In Paradise, which so far has been released in Austria on the local label Gerimi Classics, has come from this renaissance.

“I’ve been using DPA microphones for years because I find they have a unique combination of musicality and a clean, neutral sound,” says Heis. “As our recording producer Jean-Marie Geijsen - a director and balance engineer at Polyhymnia International - also favours DPA it was an easy choice.”